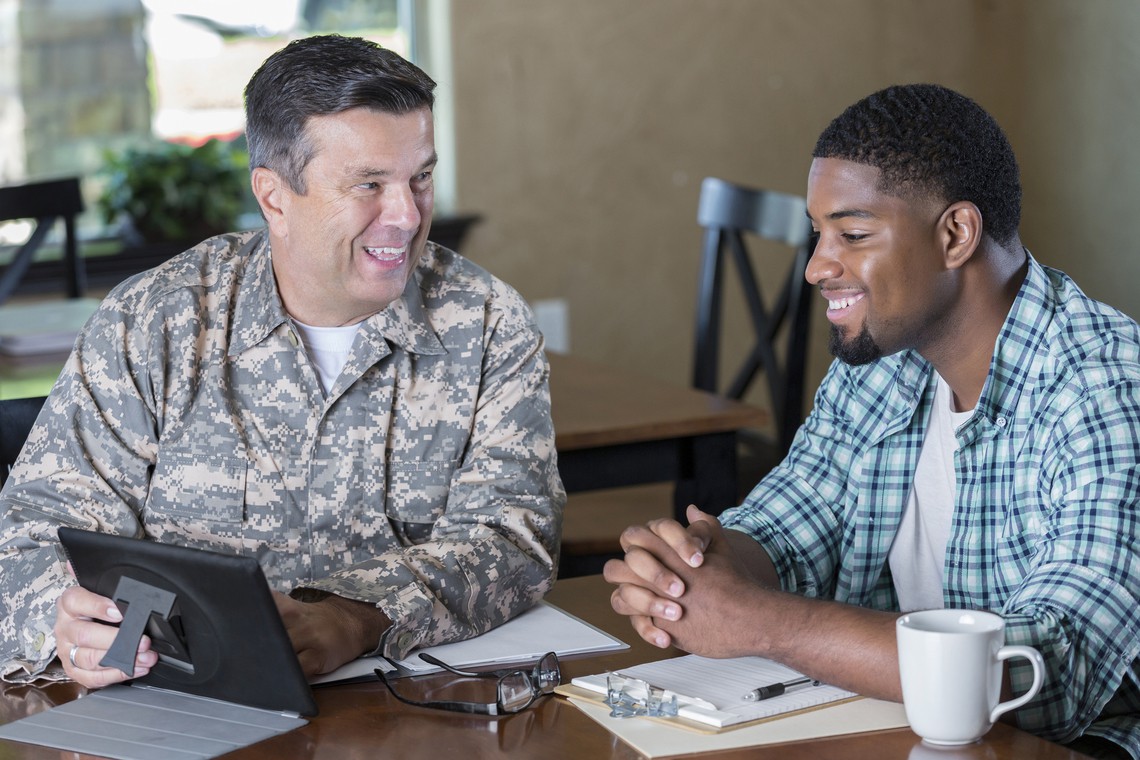 Employers are still looking to hire veterans, but are veterans satisfied with the jobs they're getting?

For all the time we spend thinking about whether our military veterans will be able to find jobs, we rarely consider whether they'll like the jobs they do find. According to a recent CareerBuilder survey, job satisfaction among military veterans may warrant more attention.

The survey found that 37 percent of employers are planning on actively recruiting military veterans in the coming year, 47 percent have hired a veteran in the past 12 months, and nearly half (47 percent) say they pay more attention to resumes and applications from veterans.

However, veterans' satisfaction with their jobs has noticeably dipped from last year. According to the survey, 57 percent of military veteran employees say they are satisfied with their job and enjoy the work they do – down from 65 percent in 2015.

While the majority of employed veterans are happy with their jobs, a drop of 8 percentage points shouldn't be ignored. So why are some veterans dissatisfied?

The most common reason is money. Twenty percent of veteran employees say they are working in a low-paying job. Similarly, 22 percent report being underemployed – meaning they are in a job that is significantly below their skill level.

"Veteran hiring initiatives seem to be top of mind for the majority of employers, and it is almost always a hot-button topic in an election year," says Rosemary Haefner, chief human resources officer for CareerBuilder. "Our veterans bring a unique blend of discipline, leadership and problem-solving skills that employers would be foolish to pass up. But, it's also up to the employer to keep these workers involved and challenged to do their best work."

Even if they aren't actively seeking out military veterans, employers still want to hire vets. Sixty-eight percent of hiring managers also say that if they had two equally qualified candidates for an open position – one veteran and one not – they would be more likely to hire the veteran.

So one of the most important things a veteran job seeker can include on their resume is the fact that they served in the military. Apart from that, vets should also be sure to highlight the skills desirable to employers.

What skills are they looking for? According to employers, here are the top qualities that they feel members of the Armed Services bring to their organizations after leaving active duty:

Ability to work as a team: 62 percent

Ability to perform under pressure: 54 percent

Feel like you've got a strong resume, but still aren't hearing back from employers? Make sure you're not making any of these 5 simple mistakes that could be costing you the job.

How to heat up your summer job search