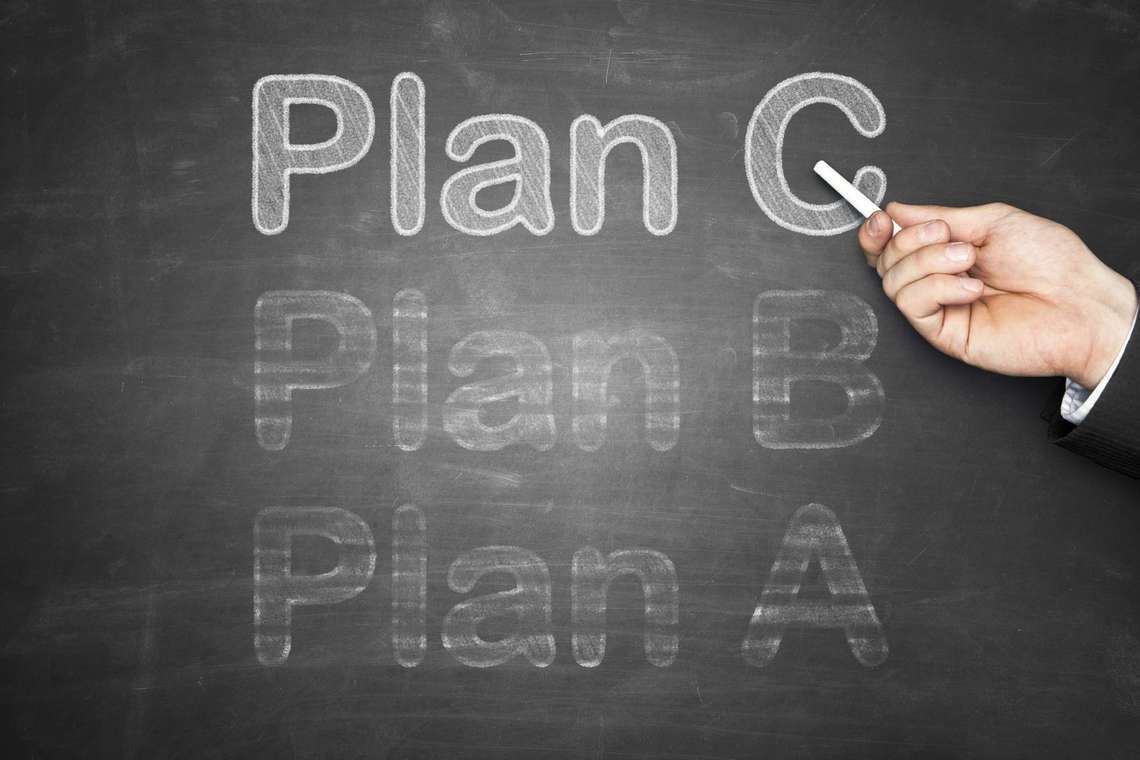 If you can't pursue your passion full time, you can still find a way to integrate it into your professional life.

When identifying which career paths you want to pursue or which industries you'd like to navigate, how often do you consider supply and demand? If you want to be a musician, for example, is it all or nothing, or are you willing to compromise and accept a role that requires the same set of skills?

If you see yourself breaking into a creative field with highly competitive/coveted positions, make the location of your finish line flexible, and be willing to take a few routes to get there. "Think about how you can tune your creative outlets to what the opportunities are; don't be so immoveable in terms of, 'I can only do this,'" says Jake Goldman, president and founder of 10up, a digital agency that focuses on content publishing and management systems. "That's not to say don't find something that you're interested in," but be reasonable.

"I look at it from a frankly dismal, economic perspective, which is to say there is a disequilibrium between what people think they'd love to do and what the market has the capacity for the people to do. Be thoughtful about calibrating what you're interested in into what the market can actually supply," Goldman says. "If you really love acting, think about what are the similar outlets to acting that inspire and get those creative juices flowing, but don't selfishly expect that only the purest form of what you love is what you can do."

Developer development
In many ways, Goldman retained the same passions while exploring the different career options he had, given the skills he possessed. Guided by his inherent interest in mass communication (and his passions for tech and writing), Goldman started developing his skills early and devoted a lot of time to them.

"I was able to be great at Web development, frankly not because I learned it in school, [and] not because someone taught me how to do it and just gave me the opportunity," Goldman says. "I was able to be in the position that I am now … because I spent all that time voluntarily making websites for people that never would have spent a dime on one … doing jobs that paid crap and barely paid any bills, and side projects or even pro-bono projects."

The market may drive a hard bargain, but it's willing to negotiate if you are. For example, if you can't play your guitar at a professional level, investigate other ways music can remain a part of your work and/or life. It's less about finding your dream job and more about finding a way to use the skills you're truly passionate about. No matter which path you choose, be ready to work.

Off on the right foot
Hesitant to say it was always a dream to be his own boss, Goldman admits he always knew it would be a possibility. From a young age, he would lend his skills to whomever was in need, wherever there was an opportunity.

"My first job really concentrated on working in technology. It was for a company called Limra – an insurance research company – and they were doing their whole big website redesign," Goldman says. "I was invited by a friend of mine who had a parent that worked there to come in for the summer, and then I continued part time in the school year to work on helping them completely overhaul, upgrade and redesign their website. That's what really started to pull me into this 'Web' thing."

After the project wrapped up, Goldman began looking for other consulting opportunities. He tapped into his burgeoning network and soon found more work helping his mother's employer with a new website and intranet. And that wasn't all. His next project basically involved doing whatever he found interesting.

"Through connections at my high school, my teacher connected me with some summer work with a manufacturing company in the Hartford area, and I helped them [produce] a broad variety of materials," Goldman says. "I helped them work on their website redesign, did some pamphlets for them, did a lot of work in video production … and those kinds of jobs that were interesting consulting opportunities continued throughout the last year of high school and throughout college as a secondary income source while I was going through school."

Goldman has much more wisdom to offer. Watch for Part 2 of our interview next week.
Share:

I found my calling: Interview with Jake Goldman of 10up (part 2)