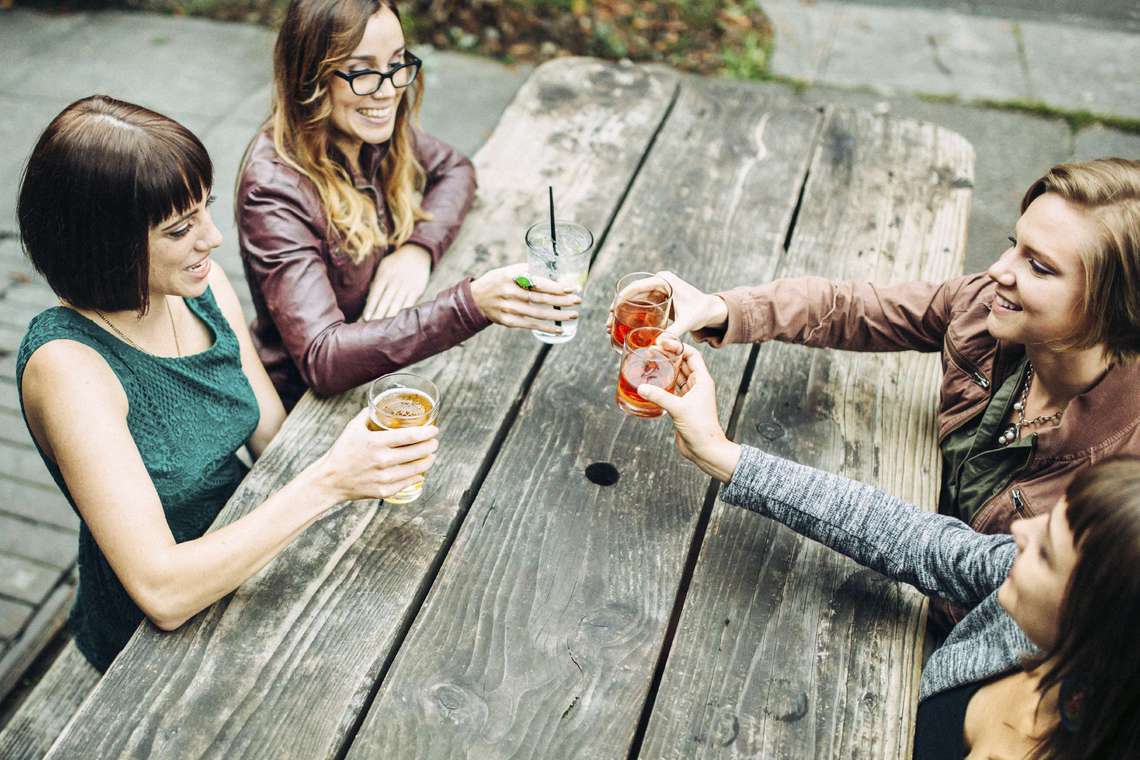 When you discover your passion, the big ideas will soon follow.

Do you feel like you're not meant for a traditional 9-to-5 role – that you're destined to create your own job and be your own boss? Are you currently doing anything to explore those feelings – to find out what it's like or figure out what you'd do? If not, it's time to get started. Take it from someone who's been there.

"If you feel that way – [you] want to be self-employed – it's not going to go away," says Amanda Blain, a technology enthusiast and an 'Internet-famous' coder. Do what you can to start exploring that idea and new path, she says.

Before building a social network from the ground up, and before amassing close to 5 million followers on Google+, Blain was working in sales for a technology company. She had an inherent interest in everything technological, which allowed her to be successful in sales, but she felt out of place. Blain admits she always wanted to be her own boss but didn't think she had any big ideas that would allow her to walk away from her sales career.

"I read books, went to seminars, [did] all kinds of things to try and find that 'big idea.' That big idea never came and I kept going to work and being miserable," Blain says. "When I finally got laid off a few years ago, I picked Web design as a random skill to pursue. The 'big ideas' happened all the time after that."

Her big idea stemmed from being a woman in an industry dominated by men and moving to a new city for a job. Blain decided to start a social network that would facilitate the process of making friends with other women. What began as a passion project turned into her full-time job and, today, Girlfriend Social is preparing to go global.

Making the leap to become self-employed was scary, but Blain was well prepared. She had been developing her coding chops since she was 14 and, despite being told "math and science weren't her thing," her passion for technology never went away. In fact, everything she knows about coding today, Blain had to teach herself as she went along.

Based on where she is now, you'd likely be shocked to find out what she studied while at university: Archaeology and Museum Studies. Why? Blain thought it would be fun … and because she really liked Indiana Jones. (Side note: coolest thing ever.) However, as Blain readily admits, what you study in school won't always determine where you end up. Nor should it.

"You need to find a way to get that experience in what makes you happy and what you want to do, and it might not be at a school," says Blain. "We live in the information age where you can easily Google and learn about pretty much anything. It's never too late to switch to a happier career if you make the commitment."

Experience sells, so find a way to get involved in your field of interest, says Blain. Volunteer and see how you can develop your skills in your free time. "Even if you are a baker and you have nothing to do with technology but you've always wanted to, you can still make that happen," Blain says. "[Pursue] what you want," and, if something doesn't exist, make it yourself.

Your plan of attack
If you see yourself making a move someday or there are other industries/jobs you'd like to pursue, there are three things you can do right now: 1. Identify where you want to be in the future; 2. Figure out the steps you're going to take to get there; 3. Start taking those steps.

"It's about taking action every day. Small steps will eventually equal the big one," Blain says. "Start right now on your passion, and it will soon be your career with enough hard work. It's scary to change and go into something different. I think a lot of people just accept, 'I don't like my boss but nobody likes their boss…' and they don't do anything to change that," Blain says. "But they don't expect that it can be better or they don't try to make it better or they do nothing to have anything go differently."

Another mantra you should reject: "If you're getting paid, you should be happy." Blain doesn't think a paycheck can make you feel more fulfilled. "If you want to go and do something in a completely different field you should … it's your happiness at the end of the day and that's what's really important."

Final thoughts
Do you think you're ready to start down a new path? Here are few things you can take away from Blain's story: