‘How I stumbled into my dream career’ 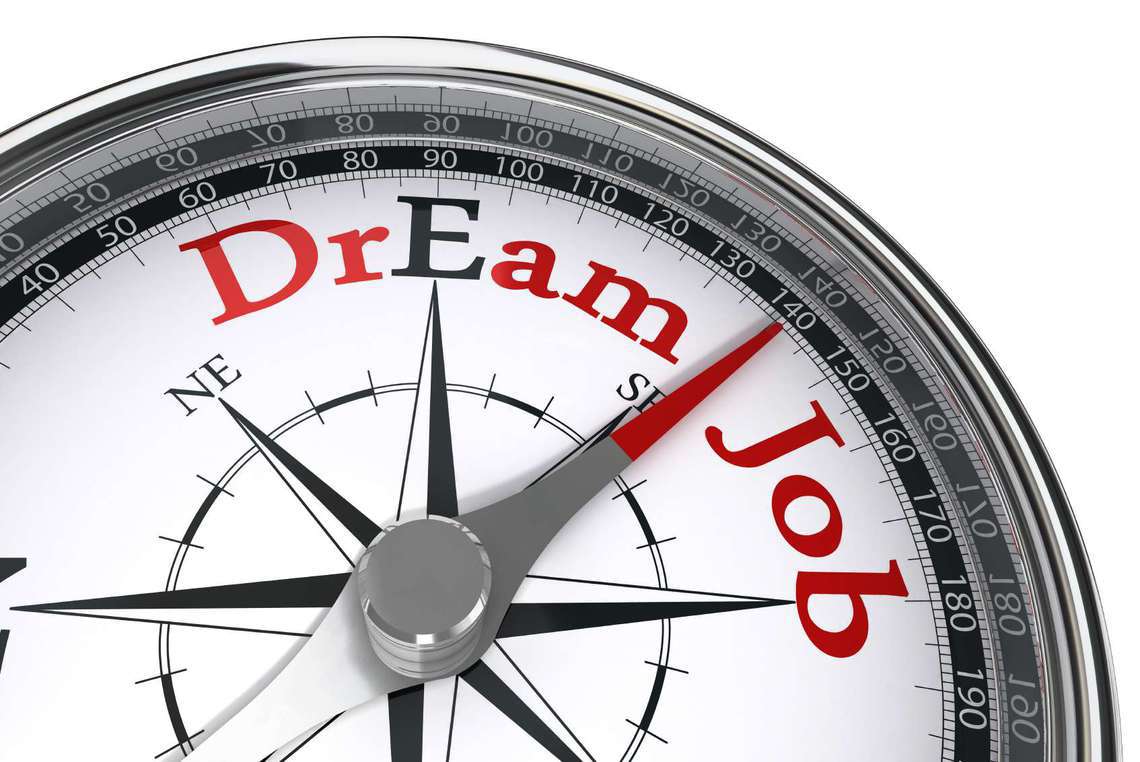 Some people have known since they were young what they wanted to do for work. Others took a less-direct route to get to their dream career path.

For many Americans, finding a job they’re satisfied with can be a real challenge – much less finding themselves a “dream job.” But it can happen! And while there’s no single path to ultimate job satisfaction, knowing how others have pulled it off can help you chart your own course.

Hear from five professionals how they landed their dream jobs, in their own words:

It’s not easy to stumble into your dream career without some help. Just ask Natalia Rubenstein, a curator at Rise Art, who credits her initial career switch as well as early success in the new position on friends and colleagues who supported her. “It took me a few years [close to 10 to be exact)] to figure out what my dream job is. After six years of pondering over the Civil Code and failing tax law, and a few more years in the world of corporate law, I realized that an impending ulcer is not worth the satisfaction of drafting a 150-page contract no one will ever read. So I started exploring my options.

“Art was not even on my radar until a friend casually said to me: ‘Hey, you like art. Why not look for a job there?’ It got me thinking, so in the end I packed (i.e. stole) a stapler with my firm’s logo and accepted a volunteering position with the Moscow Biennale of Contemporary Art. Over the course of six months I worked day and night out of an attic with five other crazy enthusiasts to put together one of the largest international art exhibitions in Russia at the time. It was a ride of a lifetime: 7-day work weeks, cancelled family dinners and a resting heart rate of 120 most of the time. In short, I knew I it was true love by the end of my first week.

Once I knew what I wanted it got a lot easier - I researched my options and decided to move to London to get a degree in art history. When it was time to look for a job, I knew that I wanted to find a team of people who aren't afraid of hard work, care about each other and about what they do - and I was lucky enough meet Rise Art. When you do what you love with a team of brilliant dedicated people, going to work is an actual joy. Even dream jobs have highs and lows, but I can honestly say that most days I walk into the office with an actual smile on my face.”

-Natalia Rubinstein, curator at Rise Art, an art marketplace, curating emerging and established artists and artworks selected by a panel of independent experts

Build on your favorite skills.

For a lot of people, identifying your dream job is half the battle. For William Gadea, the creative director and founder of IdeaRocket, LLC, ambitions mixed with experiences to shift his dream job into something attainable and fulfilling.

“My career is all over the place, but weirdly it was a perfect preparation for what I do now. I went to film school wanting to be a film director, but shortly after college, I started gravitating towards a career as a playwright. Obviously, that's not very remunerative, so I made ends meet creating graphics for the investment banks in NYC.

I never fell out of love with the theatre, but I did fall out of love with the day job; I really needed to find a creative occupation. I had a film school background, and skills in graphics software, so it seemed to me that I might combine the two with digital animation. I took some night courses, pulled together a portfolio, and soon landed a job at MTV Animation. That led to a series of jobs in children's television.

I come from a family of entrepreneurs, so I had the hankering to start my own business. I hung up a shingle and started working as an animator for hire. Oddly, the processes of business had seeped into me during my time at the investment banks; I had a pretty good idea of how to build a freelance practice into a company. Today, my company IdeaRocket has four full-time employees and about a dozen freelancers and has served more than 20 Fortune 500 companies. There's nothing I would rather do with my work life.”

You don’t get your dream job by standing still. Amanda Ponzar, chief marketing officer of Community Health Charities is a testament to how continually furthering your education and volunteering can open up avenues to your dream job you may never have imagined.

“I am in my dream career and love my job. I loved writing even as a young child, and wrote poetry and stories, was involved in art and theater, and eventually started writing for my high school paper, college paper as features editor and co-editor in chief, and getting published in the local newspaper as a student. I figured I’d become an English teacher or journalist so got an English degree.

At one of my first jobs as a marketing administrative assistant, I would write letters for my bosses and edit/proofread other’s work, including marketing and advertising collateral that came from our in-house agency. I was submitting articles for publication freelance on the side, and got a few published. My coworkers encouraged me to apply — and vouched for me — for a copywriter position at our in-house ad agency. Thanks to their belief in me, I got the opportunity and my first job as a copywriter. I fell in love with it and realized I could use my love of writing and communications in business and actually be paid decently well. I loved the creative aspects of the work.

A few years later, I went back to school and got a master’s degree in media communications with an emphasis in advertising and marketing; this was when I worked as the marketing manager directly for a company’s CEO. I had an English degree and had worked as an advertising copywriter so I understood how to create the materials, but once I became a marketing manager, I realized there was still a lot I felt like I needed to learn. Plus, I felt like I needed the degree to supervise others, as some of the people I was supervising had less experience, but more advanced degrees than I did.

After earning my master’s, I was volunteering so much on the side that I decided to make the switch full-time to nonprofits, and was very fortunate to work for many of the largest headquarter nonprofits in the world. During that time, I obtained executive education from Harvard Business School in corporate social responsibility. Flash forward and here I am as chief marketing officer for Community Health Charities. I feel incredibly blessed to be able to do what I love every day – not just writing and communications and marketing, but doing it for a good cause, to build stronger, healthier communities and motivate people to take action to improve health. My family has faced personal health challenges as well, so it’s meaningful to do something that impacts the people I love, as well as so many others.

And that’s my story – living the dream.”

Sometimes reaching your dream job requires a leap of faith. Just ask Craig Wolfe, president of CelebriDucks, who abandoned his previous business entirely to pursue a new idea unlike anything anyone had seen before.

“By a most fortuitous stroke of luck, I actually am working in my dream career. I was the largest publisher of artwork from television commercials in the country and then got the idea to sell it all off and create a line of celebrity rubber ducks! I know it sounds crazy. I just fell in love with the concept and thought it would be a total hoot and so much fun and creatively stimulating. Long story short, I became the top custom rubber duck manufacturer in the world and now make what are considered the most detailed and high-end rubber ducks on the market.

Not only that, I had another crazy idea — return the whole industry back to the U.S. where it began to be the only one making them here once again. Then I had the idea to make the safest PVC free rubber ducks in the world for babies to teethe on here in the USA that were made out of food and medical grade materials. Now we export them worldwide.

Truth is, I own the whole company and it’s like my playground for my lady and I to come up with all these amazing fun ideas for our celebrity parody line of Costume Quackers: Spa Wars, The Floating Stones, Goosebusters, etc… I realized many years ago that with no business background and no idea what I wanted to do in life, I somehow amazingly landed at my dream job by fate alone – who knew!”

If you haven’t thought about your dream job since you were a kid, maybe now’s the time to revisit and update that dream. Get started with these 7 alternatives to your childhood dream job.

Advice for finding your dream job: 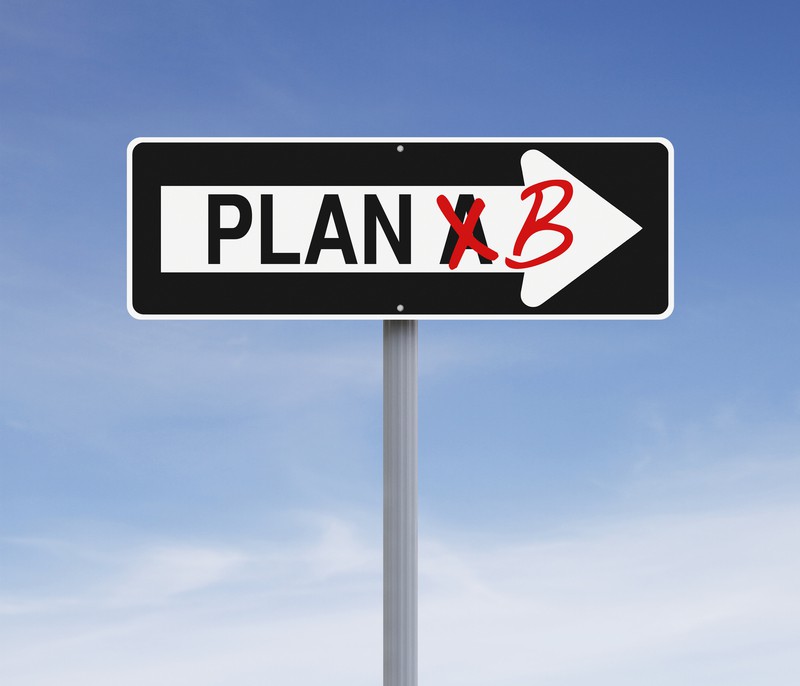 When your dream job falls short, how to find plan B

Regardless of what made you fall out of love with your dream job, these steps will help you bounce back and find your new passion. 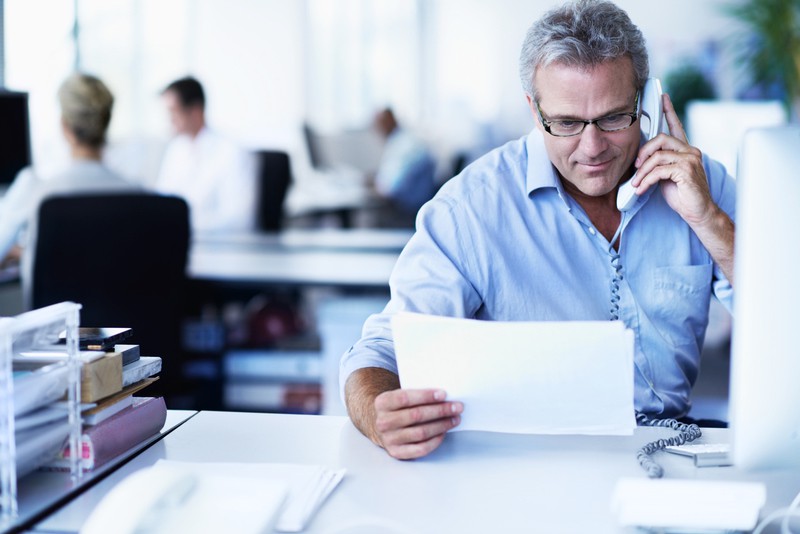 What does an account representative do? It depends on the employer—every business has its own hierarchy of sales professionals—you might have more responsibilities with som...