How did you get your first job? 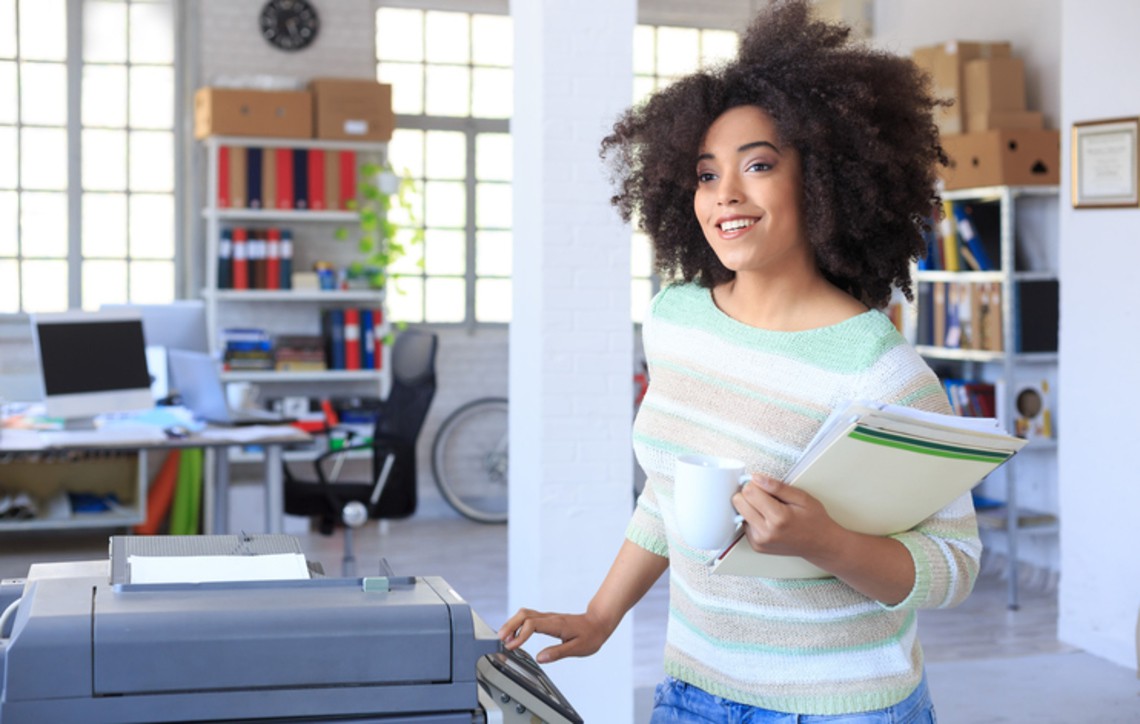 Find out how other people went about finding their first job.

Whether it's as a cashier at a chain store or delivering the morning paper, landing your first job can be a daunting task. And while there are plenty of tips and tricks we could offer, sometimes what helps most is to hear how others landed their first job.

We asked our social media followers to share the stories of how they landed their first jobs. Here are some of our favorites:

"I got my very first job through family. My cousin, brother and friends I grew up with ending up all working at Jersey Mike's together. And then my first "grown up" job with benefits was through a temp agency that got me on with a bank that hired me on permanently when I was 18. Ended up working for them for 10 years." – Dana Wells Harrell

"My Dad owned the company and it was between me and another person, but, he hired me..." – Ray Byke

"I worked for my parents' company. After that I went to a temp agency and it turned into an awesome job." – Leo Norris

"I worked for my dad at his jewelry store." – Christina Landrum

"My uncle hired me to do bookkeeping with his company part time." – Rey Rey

"My first job was at Dairy Queen. I accompanied a friend who was applying for a job, and while waiting, I completed an application, too. We both were interviewed on the spot and we both were offered a job. Those were the good ole days." – Sheon Pinckney

"I worked a summer at the beach and water park. I drove to the HR building, filled out the application, and then got a call telling me to come to orientation. Twenty years later, I dragged my son to their job fair and he got hired on the spot (not because of me, lol)." – Lisa Marie Milby

"Well, not counting jobs like babysitting, mowing lawns, etc., my first job was at Burger King. I filled out a standard application, interviewed, and that was pretty much it." – Jeff Schicke

"My first job was washing dishes when I was 14 at a local family restaurant. I got the job by applying and then calling back two days after I applied; good summer money." – Tom Tompkins

"I got my first job by filling out a lot of applications and jumping on the first one that hired me – a movie theater." – Kas LeGault

"My first job was at Raging Waters. I went down to open interviews as a 15 year old, and got a job." – Philip Malan

"Paper applications. These online applications are a waste of time." – Joshua Halberstadt

"My first job was an accounting clerk for an excavating company. I got it through a co-op program at my high school." – Sandra Williams

"First adult job: Showed up at a textile plant with like 30 other people waiting in a line to be interviewed. I was fresh out of Catholic high school working for a year to get money for college. I was the only one with a tie on. A guy comes out of an office (later learned he was the owner) [and] saw all of us. I was like 20th in line to be seen. Comes to me, takes my application [and] looks it over. Goes and knocks on [the] HR manager's door. Tells her to talk to me next and hire me." – Anthony LeGore

"Through a summer job program. [I] worked for [a] school district at [a] print shop, printing books or booklets for schools." – Noor-Jahan Noor

"[I] was out on the streets of San Bruno with a high school friend. The local S,F. Examiner delivery manager stopped his truck and asked us if we were interested in paper routes delivering the print edition daily ([there] was no internet yet). We both took local routes that included our own streets. When my friend from school got a part-time job in a business at 16, I took over his route and delivered 100 papers or so every day until I got out of high school. [Then I]bought a car and was attending community college and got a part-time job in a restaurant." – Philip C Di Filippo

Parents demanding you get out of the house

"In high school because my mom (almost) literally dropped me off at a restaurant and said to work there – post grad because I gently made fun of a stranger in line for coffee and made him laugh, [and] he gave me my first salary!" – Hannah Hastings

"My dad dropped me off at a hamburger joint and told me to land a job." – LaMonte George

Have an interesting or unique story of how you landed your first job? Let us know!

How to be a star in your first year

How to search for RN jobs

How college grads can succeed - or fail - in their first jobs