Could a.m. workouts make me a morning person? 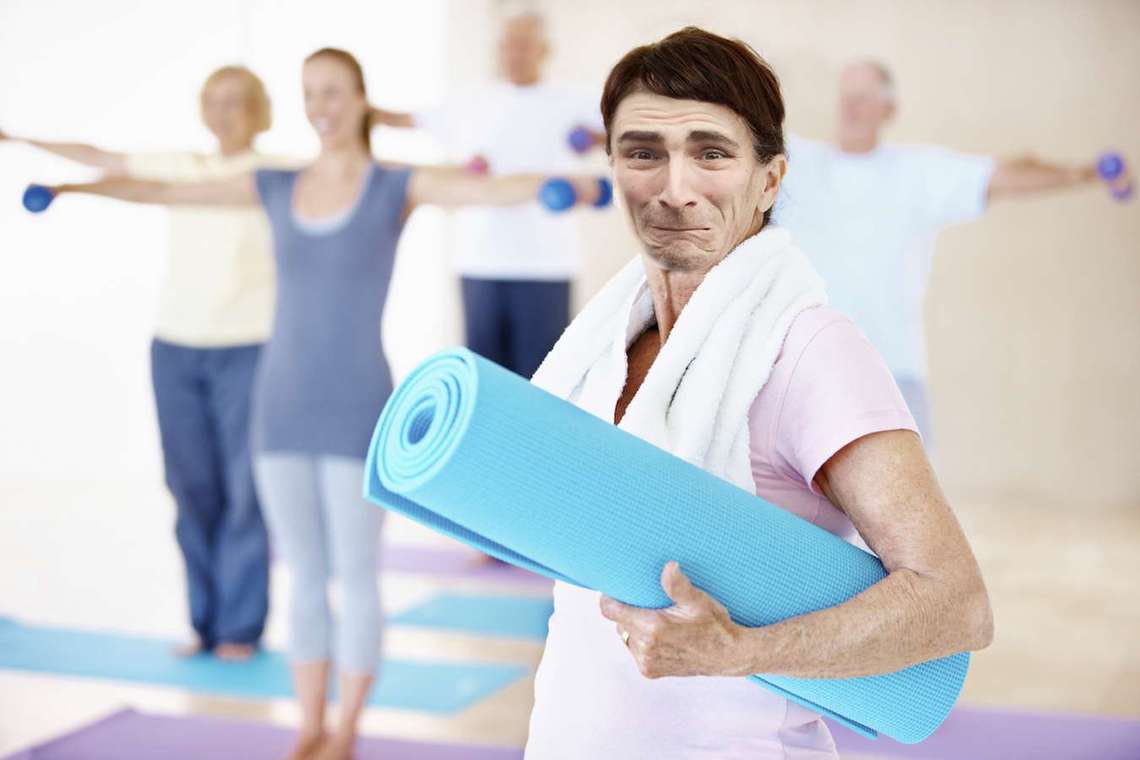 How will waking up early to exercise before work every day for a week effect my mood, energy and productivity?

Editor's note: Could simply adding an enriching or challenging activity – or giving up a bad habit or dependency – really make an impact on your workday? The CareerBuilder writers decided to find out – we each picked one thing to add on or give up for one workweek to see how it affected our workplace productivity, mood and success. We'll be blogging about our experiences throughout the next several weeks (that is, if we make it through the challenge in one piece).

I am not a morning person. I've been notoriously difficult to rouse from sleep for my entire life. I set a series of four separate alarms each morning – "Dawn Chorus" on my phone, followed by "The Circle of Life," then a standard bedside alarm clock, and finally an emergency fail-safe alarm clock on the other side of the room where I'll have to actually get out of bed in order to turn it off.

But if my co-workers can kick addictions, face their greatest fears, shake up their work commute and sacrifice their physical bodies for this series of articles, then dadgummit, I can get up extra early to work out before work.

Okay, let's do this. Sunday night I moved all my alarms up 2½ hours, packed a change of clothes and took measures to get myself to sleep extra early. Waking up was still a bit rough, but all in all not terribly worse than a typical morning. Sort of like waking up for an early flight.

Thankfully I was able to stop sweating by the time most of my co-workers arrived. The rest of the day went pretty much as usual. No marked difference in mood or energy, but that's not all that surprising. These things often take time.

I had a feeling that the first day would be deceptively easy, so in an attempt to carry over that momentum, I scheduled a workout I genuinely look forward to for Tuesday – biking Chicago's south lakefront trail.

After very cautiously biking into the Loop to drop off my bag, I made my way over to the lake and hit the trail. I didn't make it quite as far as I would have liked, but I still got a pretty decent 15 miles in, if you include the commute. In the morning with the sun coming up over Lake Michigan the trail is beautiful – and not at all crowded, which makes it all the more beautiful.

Again, not much to report in terms of changes to my overall energy or mood. I'm a little tired, but in that satisfied way where you feel like you've earned it. Yesterday and today both seem to have flown by – although there were several times today that I could have sworn it was Thursday. Not sure what to make of that.

I really have to say, a long bike ride is a pretty great way to start the morning. Plus, I'm looking forward to biking home instead of trying to cram into a crowded subway train. Maybe I could get used to this.

Okay, yeah, never mind all that because this is actually the worst. Though I've been getting up considerably earlier than usual this week, I'm having a hard time getting to sleep any earlier than I usually would. This may already be catching up with me.

Unfortunately the workout did little to snap me out of the groggy stupor I found myself in. I saw a noticeable decline in my strength and endurance for each of today's exercises, which isn't exactly motivating, particularly when you're already less than thrilled to even be awake.

I also noticed a lag in my work performance. Despite being at my desk earlier than usual, my morning mind warm-up – minor tasks like checking email, news sites and social media I take care of while waiting for the caffeine to reach my brain – took noticeably longer than normal. So much so that I wasn't actually knocking tasks off the to-do list until later in the day than I'd care to admit in writing.

After yesterday's remarkable decline, I decided to revisit the bike trails in an attempt to get this thing back on track. On the one hand, I once again noticed myself tiring out much faster. And I swallowed a bug. On the other hand, I got a pretty great picture of the sunrise andI think I read somewhere that bugs are high in protein.

The workout may have gotten my blood pumping, but it did little to kick-start my brain out of "awake-in-only-the-strictest-technical-sense" mode. And this time there was also a clear change in my mood, particularly in the morning. I caught myself being unnecessarily short with a co-worker who dared suggest I wasn't actually going through with my morning workout pledge. The nerve! I swallowed a bug for this!

And now, at last, we come to the end. But is it the end? Individually the workdays each seemed to go by more quickly than usual, but somehow this week has still seemed like a month. Time has become malleable, inconsistent and therefore meaningless. How can anything end when time has no meaning? Is this what madness feels like? Perhaps.

And perhaps a week isn't long enough for a habit to really take hold. Perhaps it would have gone better if I hadn't gone five days in a row right off the bat. Perhaps it gets easier if you just keep doing it. That's a lot of perhapses, but one thing is for certain – I'm definitely not going to keep working out in the mornings before work. At least not every day.