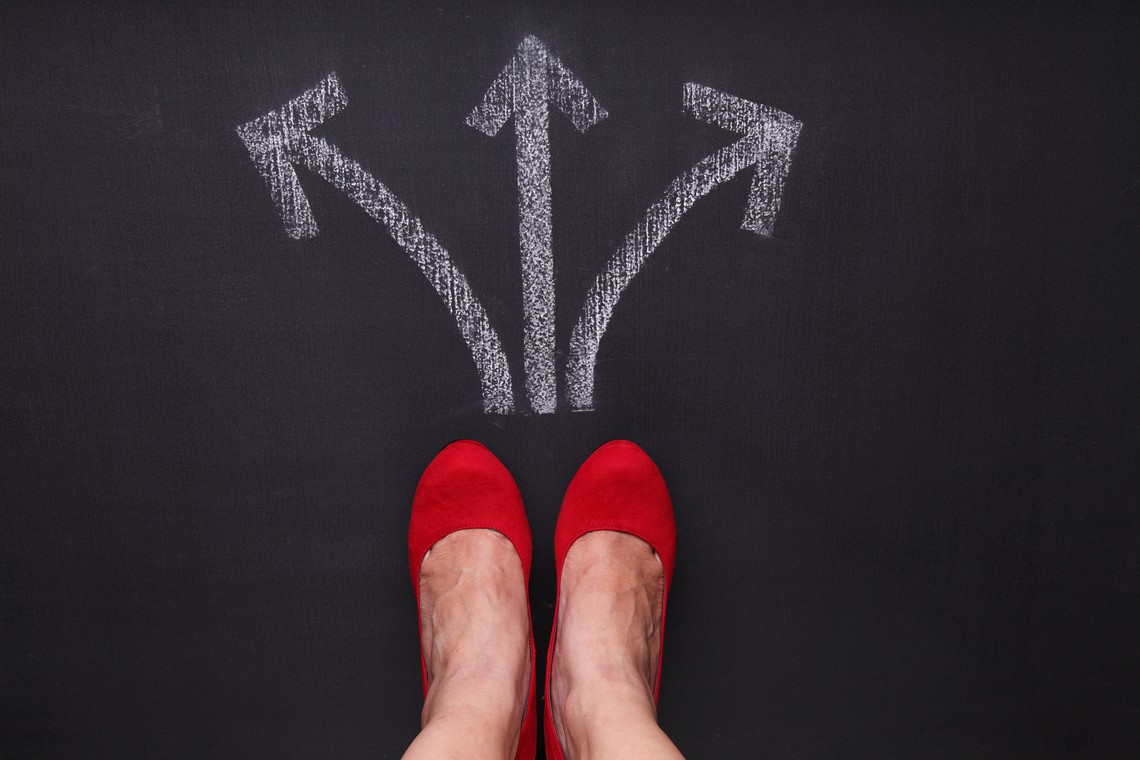 No other part of the economy offers more job opportunities for people with little to no education or training than retail trade. This is both a good thing, since it opens doors to many young or lower-educated Americans, and a challenge, since many of these same people can get trapped in low-rung jobs in retail or other industries.

That is, unless they take advantage of the career progressions that are possible for retail workers.

The goal of Emsi's research—which was complemented with data analysis on retail and the Opportunity Index from Measure of America—was to look at where retail workers come from before taking a retail job, and where they go in their careers after holding a retail job.

To do this, we looked at thousands of resumes from people with work experience at 100 major retail employers who had held at least three jobs. We then focused on eight common job categories, from cashiers to stock clerks and sales associates to store managers. For each of the eight jobs, we also identified the knowledge, skills and abilities that correlate most closely with career progression in each of these positions. 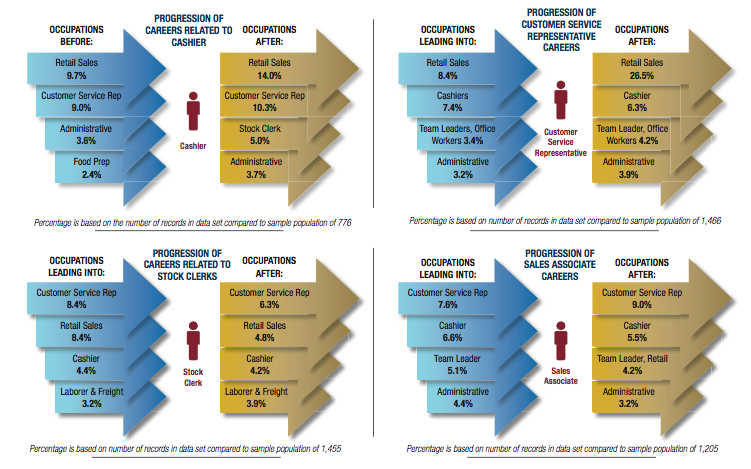 The analysis found that there is a lot of lateral movement in (and beyond) the retail sector at all levels of the workforce. Common landing spots for those who step outside retail are office or manufacturing jobs. And for those who move laterally inside retail, a big factor for switching jobs seems to be better benefits or more traditional hours.

That said, better pay is available for entry-level retail workers when they have focused on-the-job training. "For example, cashiers can leverage the interpersonal skills they acquire to become customer service representatives or administrative assistants," the report's authors wrote. "Similarly, customer service representatives, retail sales associates and stock clerks who parlay their skills into more senior positions often see a substantial increase in earnings."

Other noteworthy findings from the report:

It's common for retail employees to attend school while working. Forty percent of workers analyzed held retail jobs while finishing their school or added education after their first retail job.

Strong middle-class jobs are available in retail. "For instance, the top 25 percent of customer service representatives in our research earned more than $19.36 an hour, while the top quarter of retail team leaders made more than $21.97."

Men hold most management positions in retail, but women still account for most of the jobs in the sector. In addition, 25 percent of the retail workforce is aged 25 and under.

Retail: an industry for everyone, regardless of experience

Public or corporate: Which accounting career path is right for you?