Bottoms up: US cities with the most bartenders 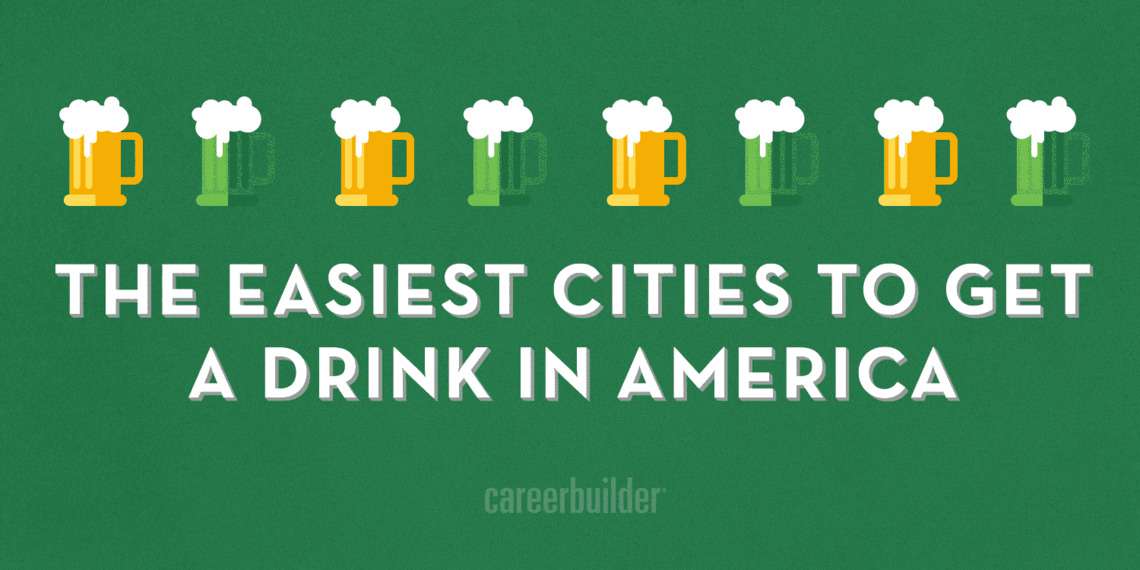 CareerBuilder Analysis Finds Easiest Places to Get a Drink in the U.S.

We've all been there, standing at the bar, desperately trying to get the bartender's attention. How can it be this hard to get a drink? Well, in the U.S., there are nearly 580,000 bartenders. That equals 1.8 bartenders per 1,000 people, according to analysis from CareerBuilder (See why tipping is so important?)

So, while it may seem as though a shortage of bartenders exists, never fear—it's all a matter of where you go to get that drink. There are certain cities and metros in the U.S. where the line to get a libation will be much shorter.

According to the new CareerBuilder study, 381 cities and metropolitan areas have ratios that exceed the national average of bartenders to residents. Perhaps not surprisingly, Las Vegas and New Orleans top the list of the most bartenders per 1,000 people (5.5 and 3.4, respectively). These are two of the biggest U.S. cities for tourism after all. 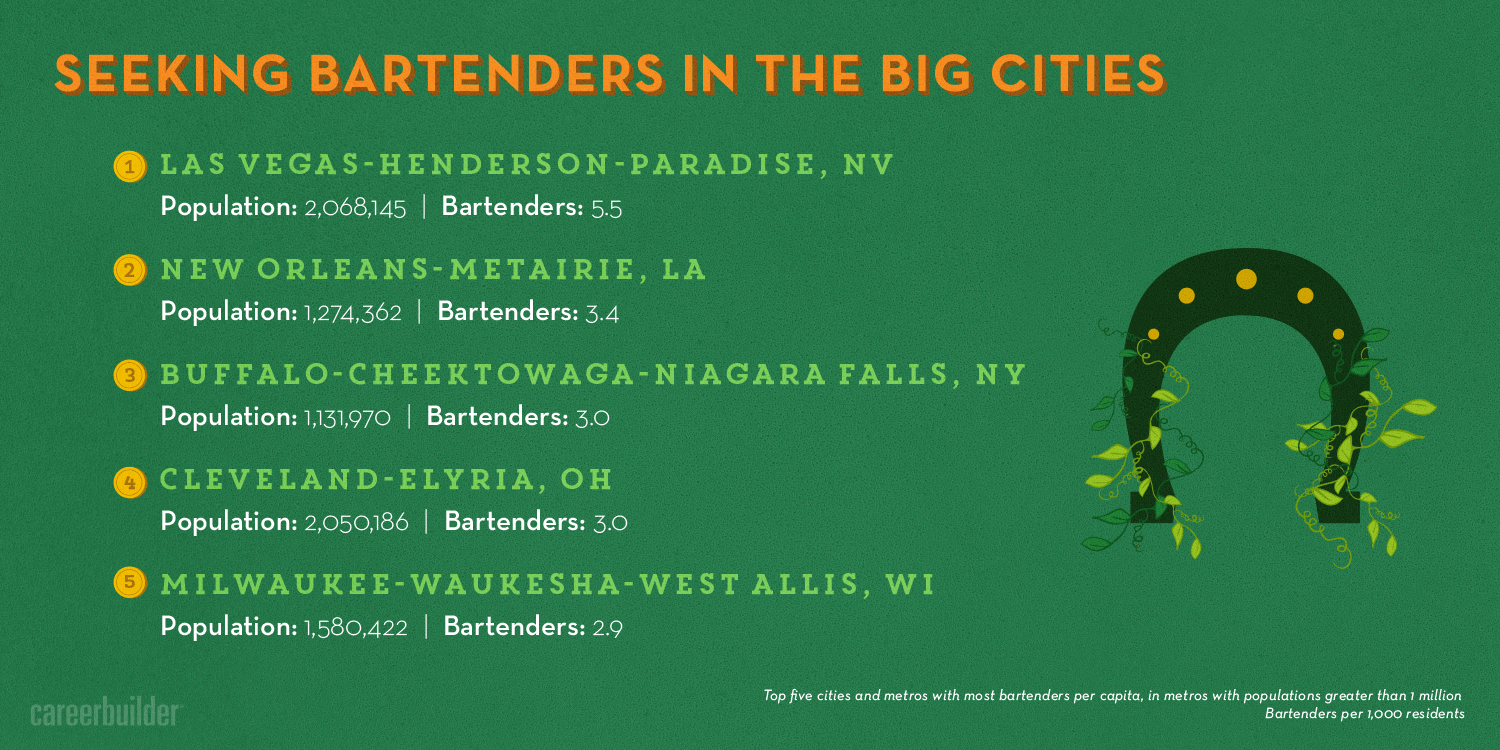 Among cities and metros of all sizes, Key West, Fla. ranks No. 1, with 13.3 bartenders per 1,000 residents. So getting a drink along with that tan shouldn't be any problem. 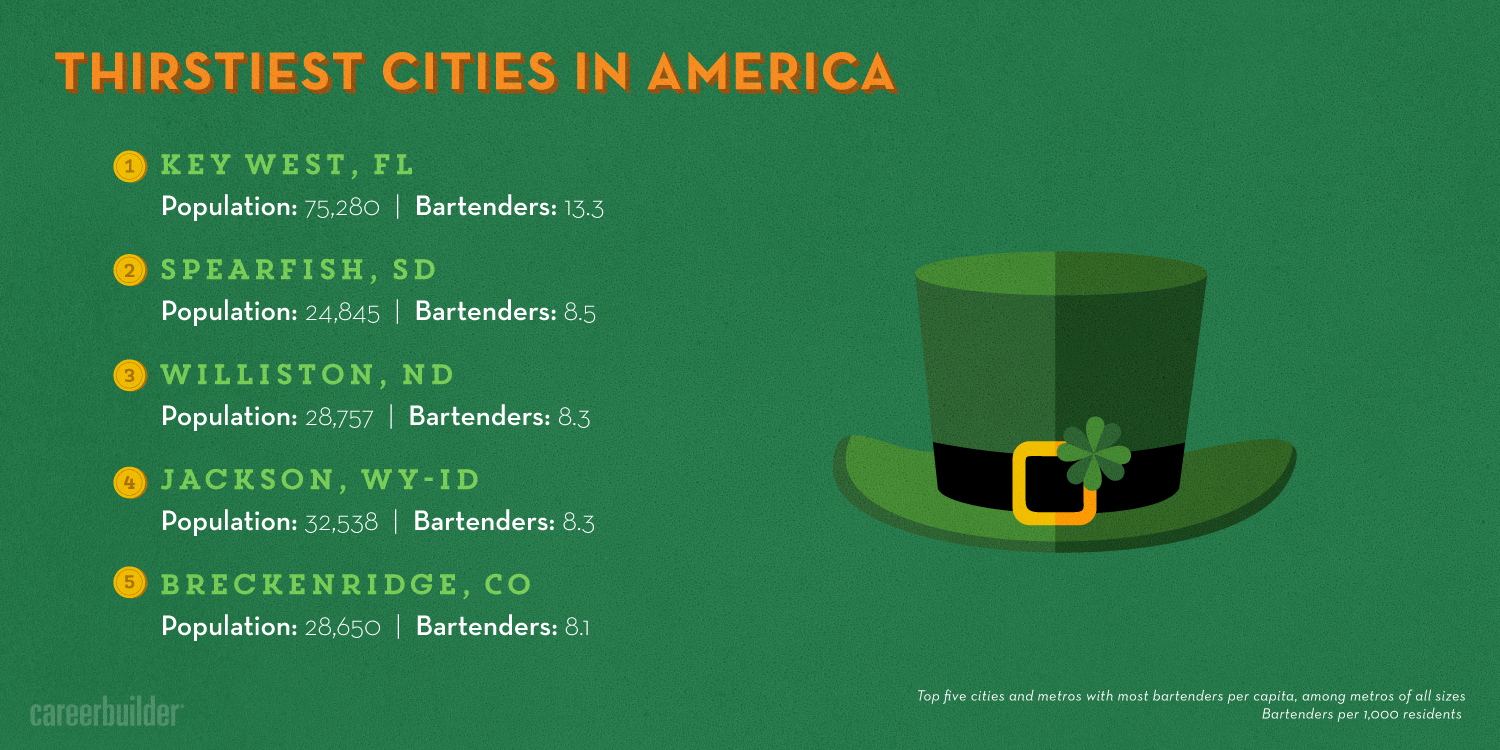 And if you're planning to do a bar crawl across an entire state, set your sights on North Dakota or Montana, each with 5.2 bartenders per 1,000 residents. You might not have such luck in some of the Southern states, many of which contain counties that prohibit or restrict the sale of alcohol. Arkansas only has 0.6 bartenders per 1,000 occupants, and Alabama isn't much better off, with 0.7. 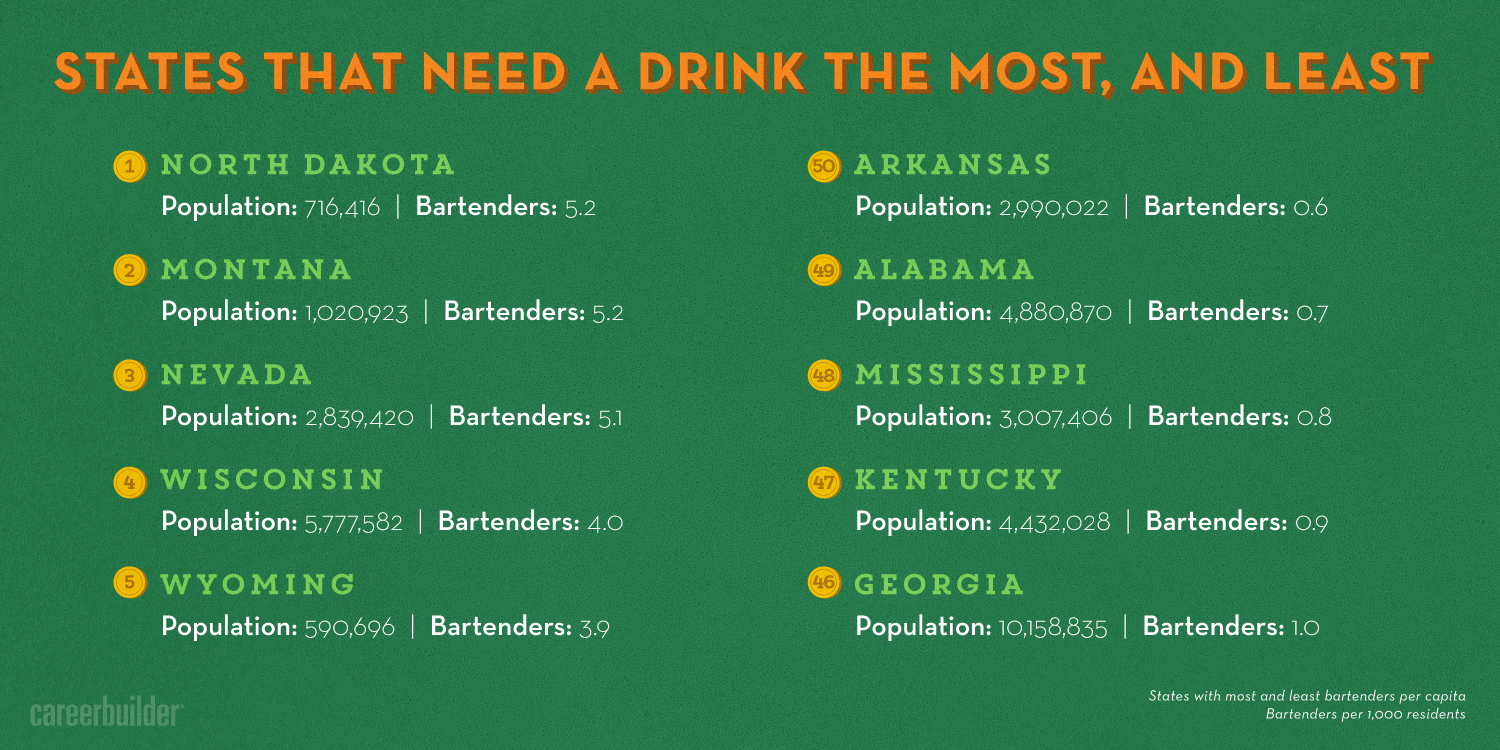 To really get serious about uncovering the best locales in which to get a cocktail, check out an interactive map here, for full results by city. Cheers!

INFOGRAPHIC: Which job is most unique to your state?

Best job categories for a new career in 2017