The average US salary by city

Where are you most likely to earn the big money? We’ve analysed our job data to show you which city you need to live in to earn the most for your skills.

Which city earns the most?

It’s no secret that the same job will pay different salaries depending on where you live. Things like local house prices, the cost of living and the availability of candidates all play a part in your pay packet, with some cities offering a much more tempting average salary than others.

So how much can you expect to earn where you live, and could it be worth moving for more money somewhere else? We want to help you find out. Pack your bags and get in the car — we’re going on a roadtrip of USA salaries.

Not bad if you ask us. You can find jobs paying this sort of salary across a great range of industries, so if you’ve got the skills, we can help you pay the bills.

- Fort Worth, Texas
Average salary: $66,000
What was once a bustling trading post for cowboys is now a modern, metropolitan city, packed with art, culture and career prospects. The area is full of automotive manufacturers as well as many large warehouses. If it’s manual work you’re after, we’ve got you covered.
Check out our Fort Worth job listings

- Chicago, Illinois
Average salary: $76,000
Chicago is a huge city famed for its impressive skyline and even more impressive basketball legends. While it might not offer any jobs that will see you earn as much as Michael Jordan, it does provide opportunities in a wide range of industries, including marketing, auditing and dock work.
Check out our Chicago job listings

- Los Angeles, California
Average salary: $80,000
At the top end of the middle bracket is LA. Some jobs here pay in the millions, but unless you’re looking to land a spot on the Walk of Fame, you’re more likely to find work in the technology and automotive industries.
Check out our LA job listings

If you’re looking to earn the big money, you’ll have to head to some of our biggest cities. The higher paying businesses often set up in cultural hotspots, where they’re capable of attracting more talent, investment and customers.

- Boston, Massachusetts
Average salary: $91,000
Boston is one of the oldest cities in the country, having been founded way (way!) back in 1630. It’s now packed with innovation, and was named fifth in the world for new ideas back in 2017. It also ranks in the top 10 fittest cities in the country and has the 12th largest economy in the world. Careers in education and technology are sure to keep your bank balance as healthy as your body.
Check out our Boston job listings

- San Jose, California
Average salary: $93,000
When you think of San Jose, you think of Silicon Valley, birthplace of some of the biggest technology firms on the planet. The jobs there are built around the demand for IT and computing experts, with thriving startups and household names all needing people to keep their growth on track. Be warned though, it’s not a cheap place to live. The average cost of living for a four-person family (excluding rent) is a whopping $3,750 a month.
Check out our San Jose job listings

- San Francisco, California
Average salary: $96,500
Head over the Golden Gate Bridge and into the heart of North California’s cultural and commercial capital. San Francisco is the highest paying city in our job listings, offering careers in entertainment, finance, technology and more. The Bay Area is particularly thriving, but good luck with that rush hour traffic.
Check out our San Francisco job listings

The lower end of the market, these cities pay the least

Not everywhere can be a big earner, and some cities struggle against more affluent competition. While there are still gems to be found here, the average salaries offered suggest it might be a challenge. Lower salaries are often a result of there being more applicants than jobs, with companies able to pay less and still attract the talent.

- New York City, New York
Average salary: $84,000.
The city so good they named it twice isn’t so good for career prospects. Competition for jobs is huge here, with a crowded population all looking for work. While New York is home to some massive companies, for every job opening you can expect tons of applications. Obviously with our help, your application will stand out.
Check out our New York job listings

- El Paso, Texas
Average salary: $67,000
The average salary of all jobs in El Paso is actually much lower than that of our jobs, at only $39,055. We’ve just got the pick of the bunch, helping you make the most of the 302 days of sun the city enjoys. Just be sure not to spend all your wages on the local cuisine, tempting as it might be.
Check out our El Paso job listings

We’ve analyzed earning data for 25 cities across the country, helping you see what you could expect to earn in an area near you.

Wherever you are, we’ve got a job for you

No matter which city you call home, we can help you find a job in it. Our job postings are updated every day, letting you find the perfect role for you with the salary you deserve. 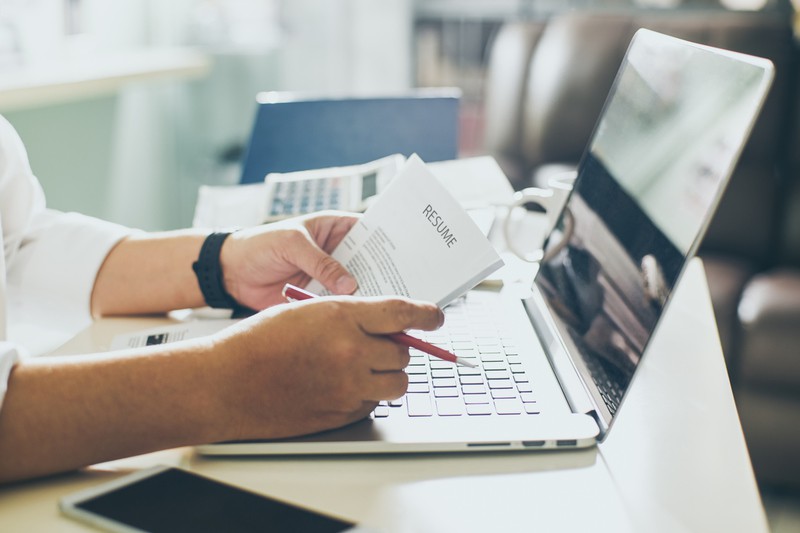 A strong resume shows hiring managers you have what it takes in the accounting field. Include these skills and keywords to land your next job.