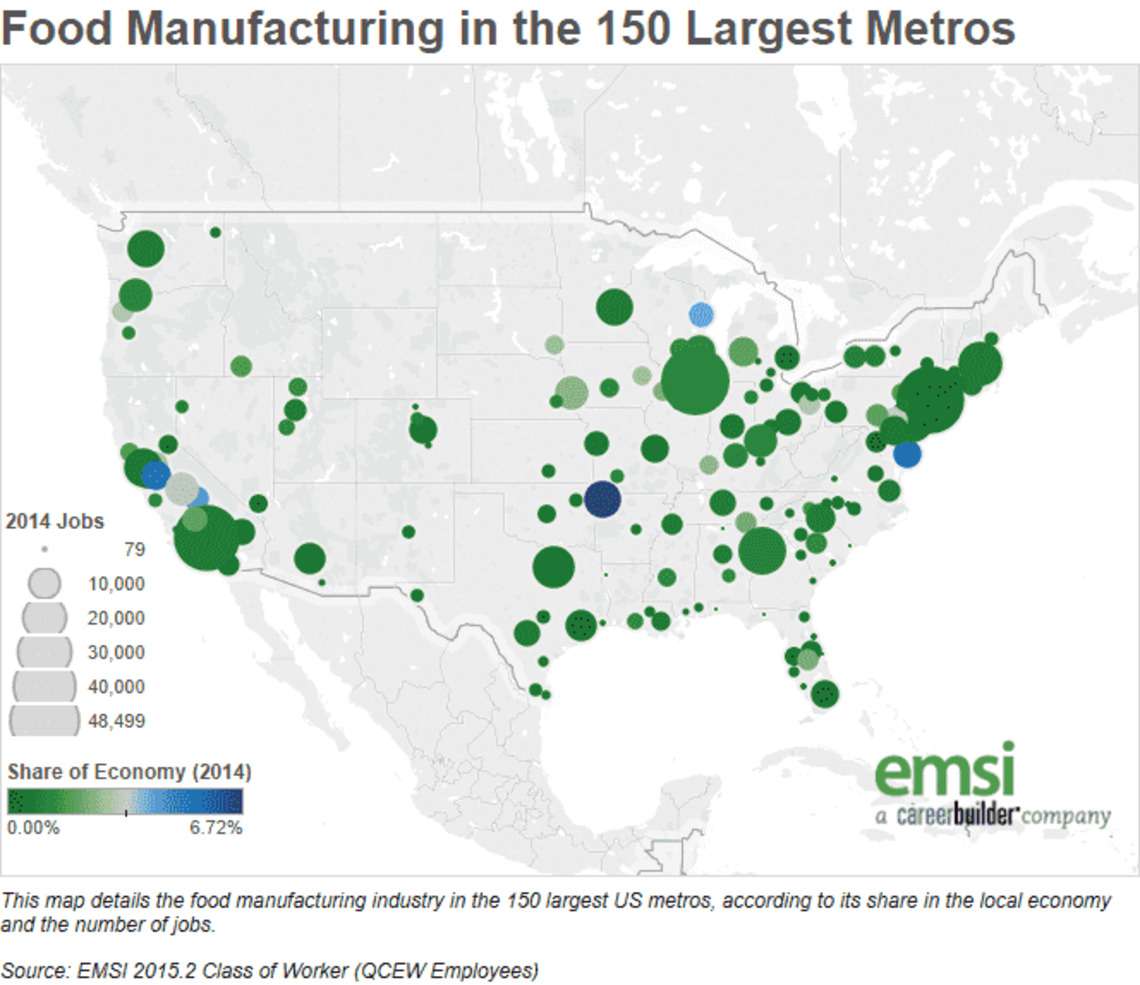 EMSI analyzed the food manufacturing industry in each state, as well as in the150 largest metropolitan areas around the country.

When we think of regions where the economy is driven by food, most of us think of cornfields in Iowa, apple orchards in Washington and dairy farms in California. But a lot of the economic activity around food actually occurs after it is picked from the ground or milked from a cow.

Food manufacturing, which turns livestock and agricultural products into other products for consumption, is responsible for Green Bay's cheese and Seattle's coffee. This industry made up nearly 1.5 million wage-and-salary jobs in the United States in 2014—about three times the number of crop production jobs—making it a significant employer.

To answer these questions, EMSI analyzed the food manufacturing industry in each state, as well as in the 150 largest metropolitan areas around the country. 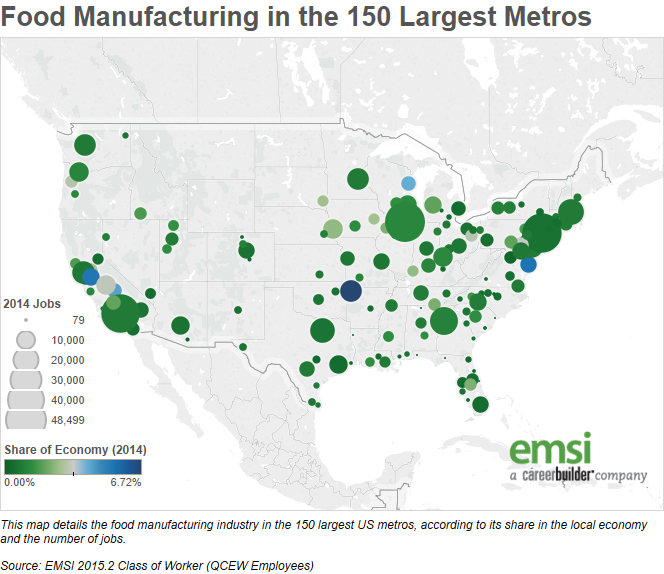 But take a look at the blue bubbles, which indicate that food manufacturing has a high share of the local economy. These metros have lower job counts because their overall workforces are smaller, but food manufacturing is nonetheless important to the region.

Let's take a closer look at food manufacturing in these five metros.

Here are some takeaways from this data: 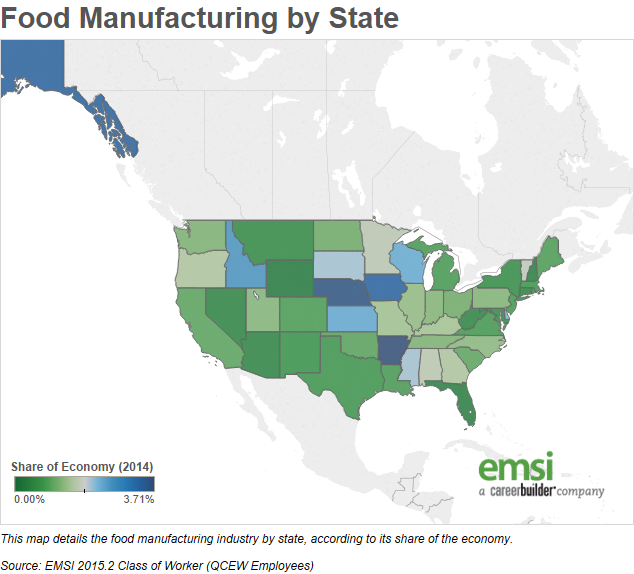 Food manufacturing has the greatest share of state economies in the Midwest and the South, although it is also prominent in Alaska, Delaware and Idaho. But, in all honesty, food manufacturing doesn't make up a huge share of any state's economy (Arkansas' share is the highest at 3.7 percent). 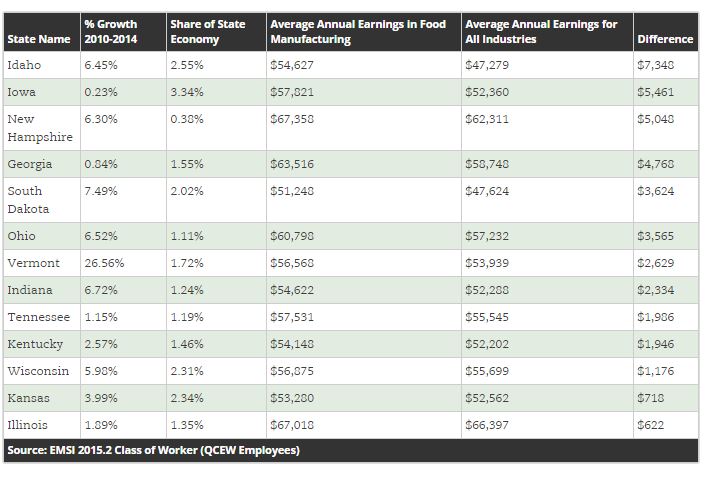 Since food manufacturing jobs are adding higher-than-average wages to these economies, it's great news that this industry is growing in all 13 of these states (even if, in the case of Iowa, it is growing only slightly). In Vermont, food manufacturing jobs have grown a whopping 27 percent, which is exciting news since the industry pays on average $2,600 more per job than average.

*Average earnings per job includes wages and salaries, plus supplemental compensation such as bonuses, stock options, and contributions to 401(k) plans, for all jobs in a specific metro or industry. Because EMSI includes non-wage/salary compensation, EMSI's industry earnings numbers should not be treated as "average salary." They are generally higher than average salary by industry numbers that may come from other sources.

This article originally appeared on The Desktop Economist, the blog of Economic Modeling Specialists Intl. For more on EMSI data—available at the county, MSA, and ZIP code level—or to see data for your region, contact us. Follow EMSI on Twitter (@DesktopEcon) or check us out on LinkedIn and Facebook.

11 of the fastest-growing jobs in manufacturing