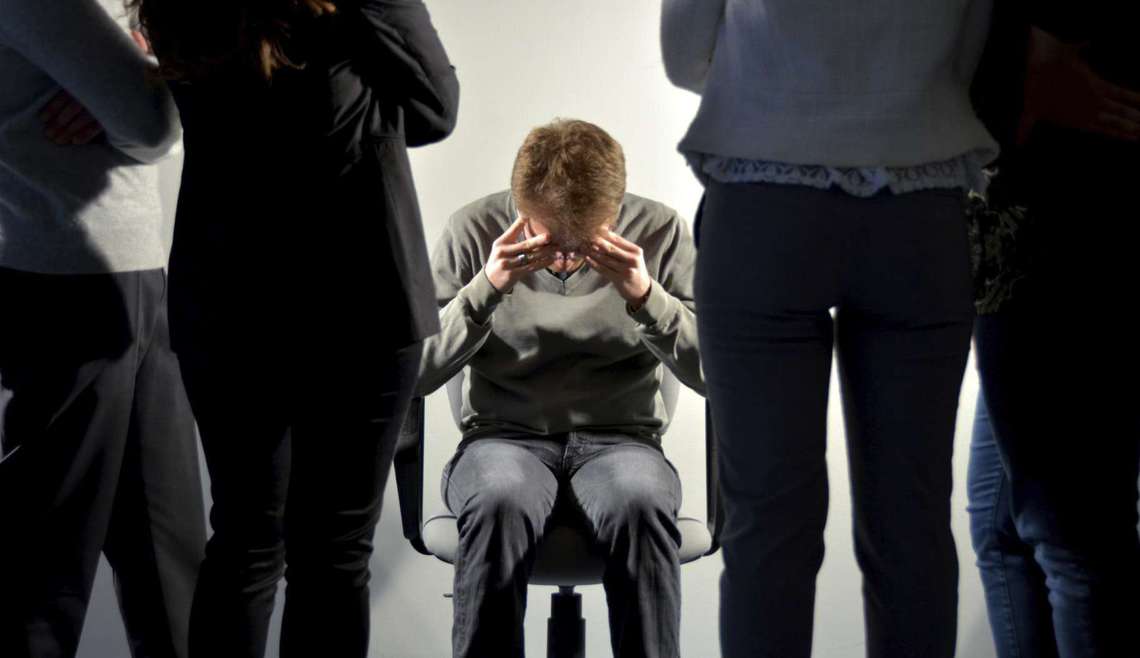 Being disliked at work can hinder your job and career. See the reasons your co-workers dislike you and how to make yourself more likable.

Employers often like to boast of their team environment and workplace culture, but maybe you’re just not comfortable being all buddy-buddy with your co-workers. Maybe you're more like a competitor on a reality TV show: You didn't come here to make friends. You came here to win. (And by 'win,' you mean do your job, get your paycheck and get home to finish binge-watching "Wild Wild Country.")

And that's okay. Maybe you don't care if your co-workers like you; however, you should care if they dislike you. Being a quiet loner type won’t necessarily prevent you from contributing and being a part of the team, but being actively dislikable can have a negative impact on your career. After all, the less likable you are, the less likely others are to collaborate with you, volunteer their help when you need it or recommend you for a promotion.

So what makes someone unlikable? We asked experts to share some of the most common reasons someone’s co-workers might dislike them and, more importantly, what they can do to improve.

1. Being a glory-hog.
We all like to get some praise and recognition for our hard work. That’s something everyone – not just you – appreciates.

"If people are only concerned with boosting their own names and careers, act superior to others, or steal someone else's thunder, it's pretty tough to like them," says Josh Dziabiak, COO of a Texas-based car insurance company.

How to fix it: Be gracious in your success and give credit where credit is due. "Great team members deflect attention and give credit to their teammates when things go right," Dziabiak says. "When there is success, they recognize it's not theirs alone."

2. Ignoring your own mistakes.
Everybody makes mistakes – just ask any motivational poster or educational after-school cartoon. The mistake itself isn’t going to cause anyone to dislike you. But if you handle your mistakes poorly, then they just might.

"Someone who makes a mistake and, rather than fessing up, tries to cover it up or even blame someone else, is going to be disliked," says Sarah Schewitz, a licensed clinical psychologist.

How to fix it: Allow yourself to be more vulnerable in the workplace by owning up to your mistakes, apologizing for them and, if necessary, asking for help with the solution, Schewitz advises. "Not only will this increase your likeability, but also your authenticity and integrity in the workplace."

3. Complaining all the time.
We all gripe about work from time to time. But constantly complaining to your co-workers isn’t going to help anyone – least of all yourself.

"We all feel unhappy with our circumstances at times, but a consistent pattern of negativity typically ruins the environment for others and pushes others away," says Donna Lubrano, adjunct faculty at Northeastern University College of Professional Studies.

How to fix it: If you're consistently unhappy at your job, it may be time to look for a new one. Identify your biggest complaints, and start looking for other opportunities where those issues won’t be a problem. In the meantime, focus on what you can do to change your current situation. Next time you feel like complaining, try looking for solutions before speaking up. (Or try one of these quick fixes for an instantly happier workday.)

4. Being anti-social.
Just because you prefer keeping to yourself doesn’t mean you always should. When it comes to co-workers, a little socializing can go a long way.

"You don't have to be joined at the hip with your co-workers, but those who don't at least make an attempt to participate in some workplace social activities can be seen as isolationist, stuck-up, stuffy or even rude," says Lubrano.

How to fix it: Make the effort to get to know your colleagues as people. Say 'yes' to the occasional after-work social event or suggest lunch with a colleague. Not only will you be more likable, but research shows bonding with fellow employees can actually make you more engaged and happier at your job.

5. Displaying negative body language.
Just saying the occasional nice thing or exchanging pleasantries with your co-workers may not be enough, particularly if your body language undercuts your words.

"It may surprise you to learn that bad body language can make people unlikeable," says Carrie Glenn, founder of Etiquette at Hand, a professional etiquette consultancy. Yet, given that the majority of communication is non-verbal, it makes sense that certain behaviors (such as refusing to make eye contact, crossing your hands in front of your chests, slouching, etc.) can make you appear cold and unfriendly, turning others off.

How to fix it: Glenn suggests taking a yoga or ballet class to improve posture or joining a club like Toastmasters (or taking a speech class) to improve the way you present yourself.

6. Disrespecting others' space and time.
While you may not intend for it to be taken personally, being disrespectful of someone’s personal space or wasting someone’s time is often interpreted as a personal affront.

"Bursting into someone's office, invading someone's space, and being loud in an office (especially in an open-floor plan) can all make someone 'unlikeable,'" says Chad Daniels, co-founder of buildthefire.com. These behaviors indicate a lack of consideration and respect for others who are trying work.

How to fix it: Don't assume your colleagues can drop everything at your convenience. Remember they have their own responsibilities and priorities that require their attention. Give them a heads up by giving them a call or email and asking if they have a moment to talk, Daniels suggests. Also, be mindful of the volume of your voice and try to meet with others behind closed doors so as not to disturb others.

7. Gossiping.
People tend to like people they feel they can trust, and gossiping is a quick way to show your co-workers you might not be super trustworthy. Not only that, but a 2015 CareerBuilder survey found gossiping to be among the top behaviors that hurt an employee's chances for promotion.

How to fix it: Aside from not engaging in office gossip yourself, remove yourself from temptation by changing the subject or finding a way to excuse yourself from the conversation.

You may never be liked by everyone – and that's okay – but you can make it so you're not reviled by them, either. You may be surprised by how little effort it takes to make a big impact on your colleagues' opinions of you – and your satisfaction at work as a result.