7 of the 10 hardest-to-fill jobs in health care 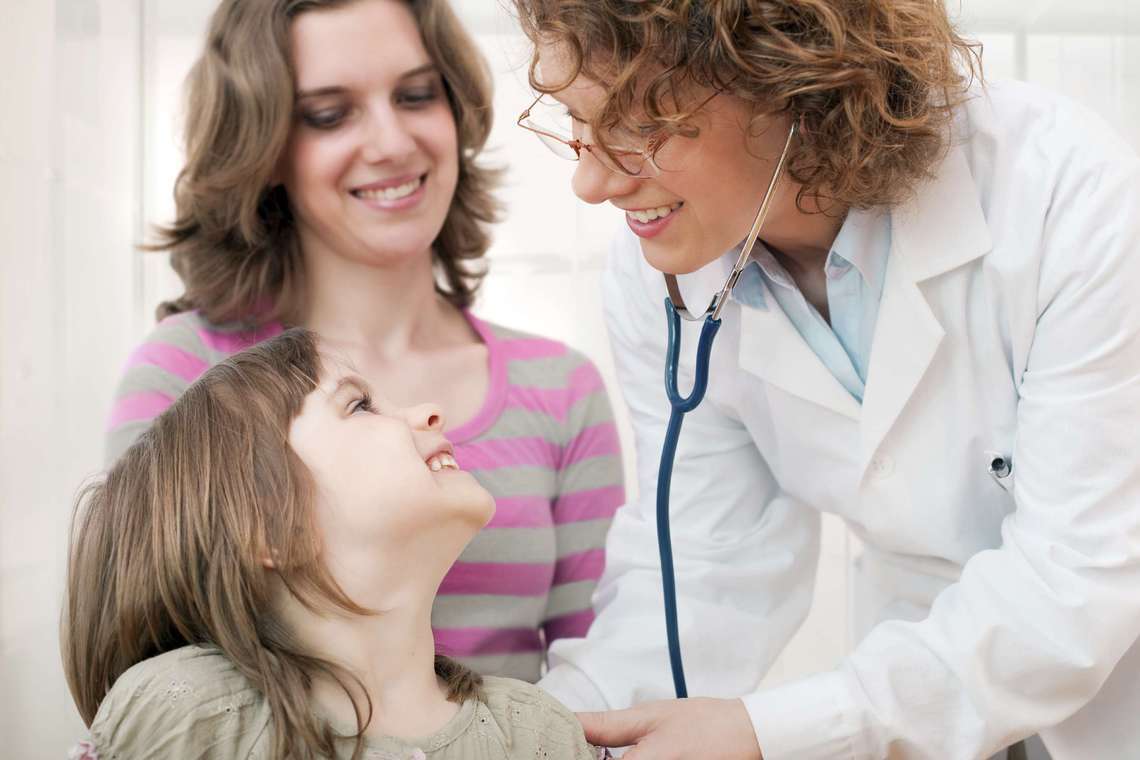 Find out which types of health care workers employers are having the hardest time hiring.

This week, the American Staffing Association (using CareerBuilder's Hiring Indicator) released a list of the top 10 hard-to-fill jobs in 2015. Of those, seven are related to health care.

Using our labor market analysis tool Analyst, we took a closer look at these health care occupations, restricting our study to the 150 largest metros in the US. For each occupation, we discovered a significant gap between job postings and actual hires: the average number of job postings is way above the average number of hires, indicating a thirst for talent that businesses can't seem to find. Related to this, we list the top MSAs for sheer number of graduates in relevant degrees for each occupation, giving some solid options for businesses trying to recruit. 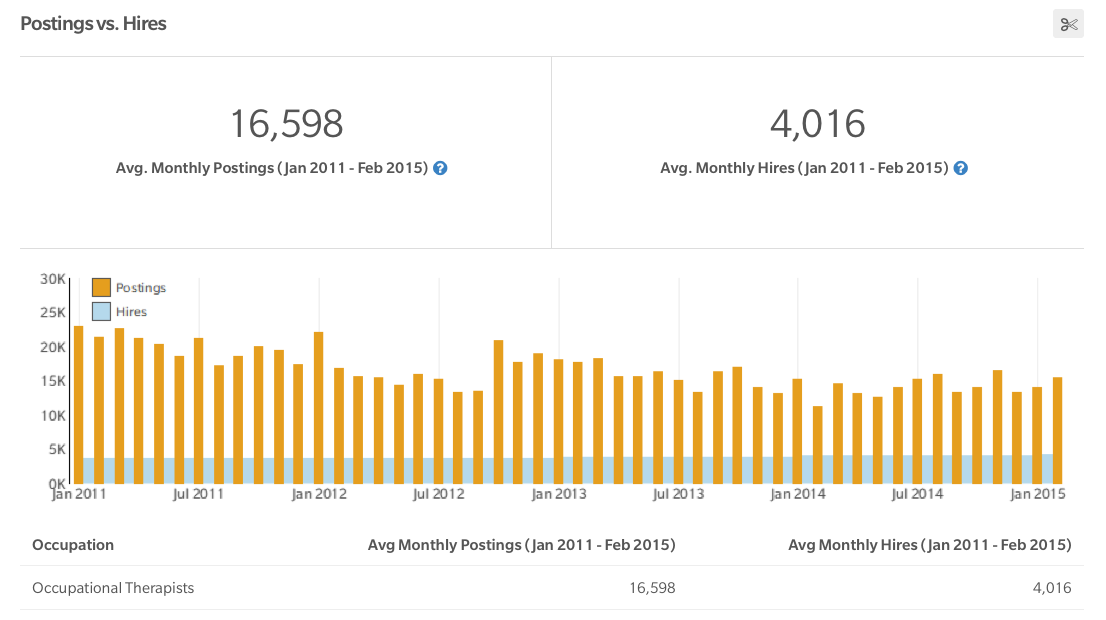 Some key stats for occupational therapists:

Physical Therapists
There are 168,000 physical therapist jobs, and, as with occupational therapists, there is heavy demand for more. Jobs have increased by 17% since 2010—well ahead of the national average. There has also been an impressive average of 7,300 hires per month compared to an even more impressive 20,500 postings since 2011, which speaks to the tremendous need for physical therapists. (Read our article here regarding top colleges for recruiting physical therapists.) 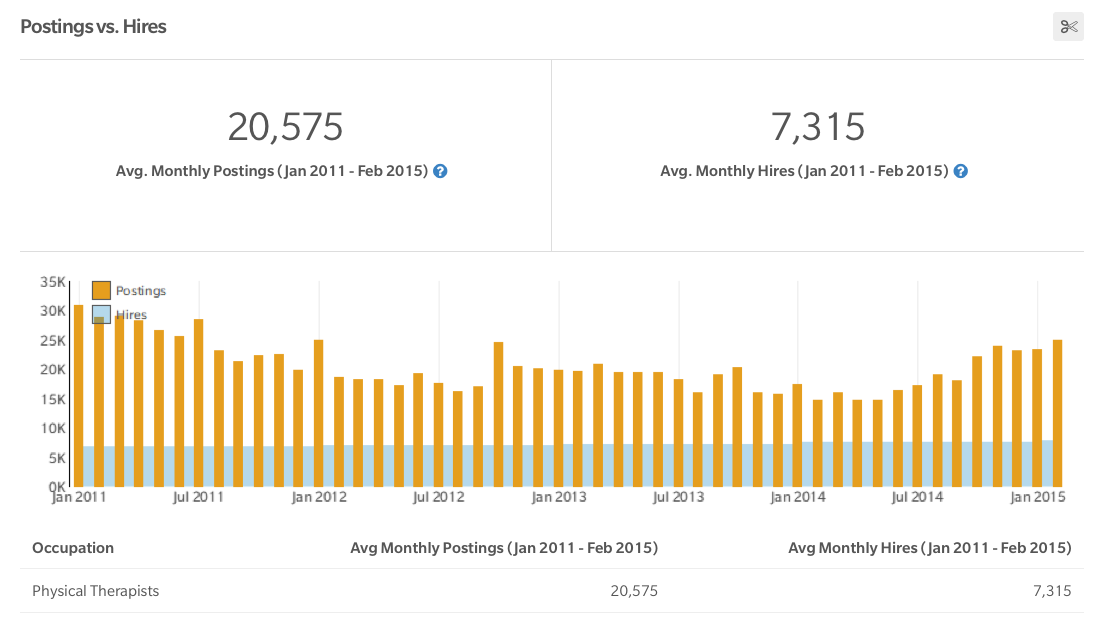 Speech-Language Pathologists
There are 103,000 speech-language pathologists—folks who assess and treat people with speech, language, voice, and fluency disorders—in the top metros. Since 2010, the field has increased by 9%, adding some 11,000 new jobs. On average, employers put up about 10,500 job postings for speech pathologists each month, yet hire only 4,000.

Nurse Practitioners
In the top 150 metros there are 91,000 nurse practitioners, people who diagnose and treat acute, episodic, or chronic illness, either independently or as part of a healthcare team. The occupation grew by over 16% since 2010. Not surprisingly, the rapid increase in job postings in 2015 mirrors that of family practitioners; there are currently a whopping 12,000 ads out for nurse practitioners.

Physician Assistants
The final occupation is physician assistants. They provide healthcare services typically performed by a physician, but under the supervision of a physician. As with the previous two examples, job postings for physician assistants have gone up dramatically, with an average of 12,000 ads and more than 2,500 hires each month. 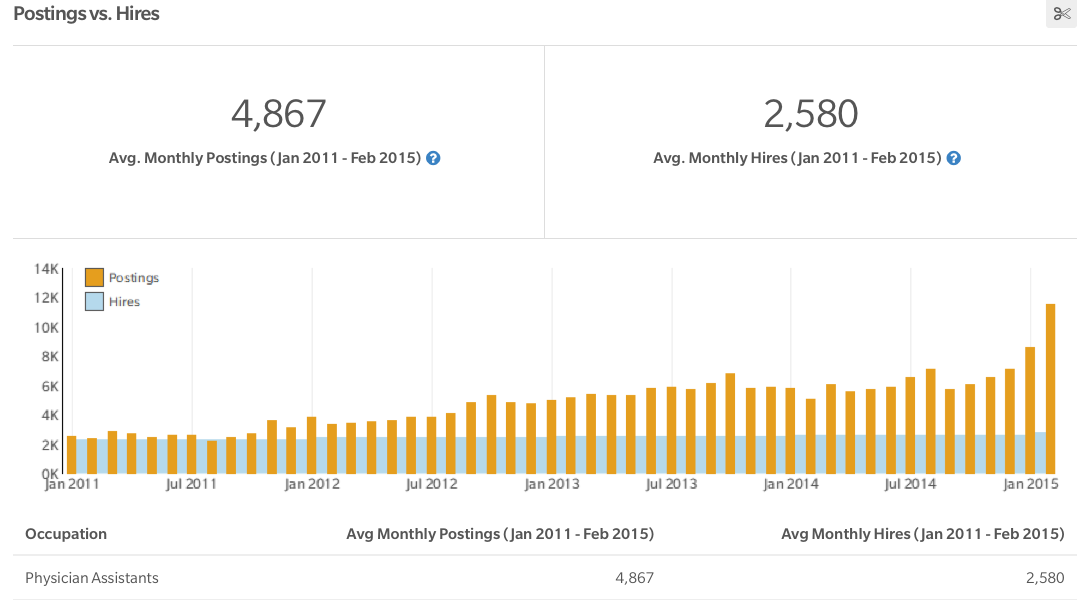 This article originally appeared on The Desktop Economist, the blog of Economic Modeling Specialists Intl.

Consider the following health-care jobs in your search. 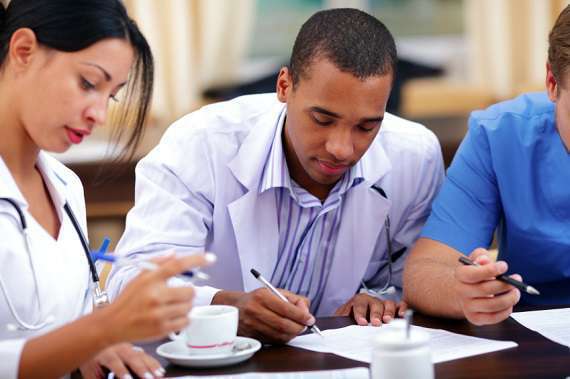 5 contributors to the skills gap in health care hiring

Job seekers need to be aware of these five contributors to the skills gap in health care hiring, in order to help minimize the disconnect and also improve their chances of ...

Health care workers continue to be in demand through 2014

While no industry is completely recession-proof, the health care industry has proven its strength, even in the midst of economic uncertainty. 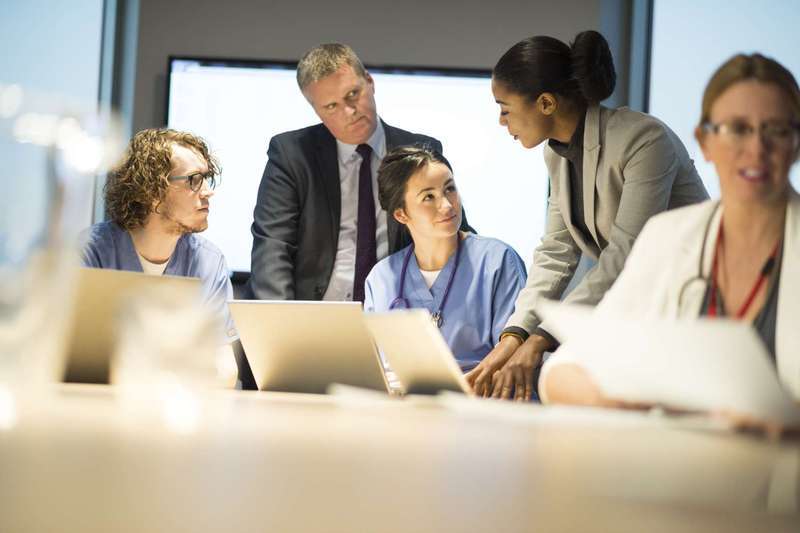 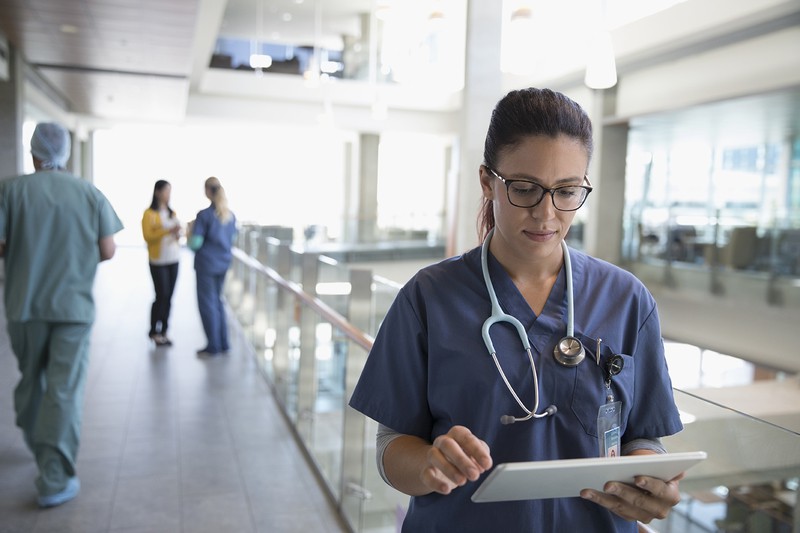 9 reasons you should be in health care

Jobs in health care offer good pay, flexibility and job security. Find out more reasons why it's worth it to pursue a health care career.