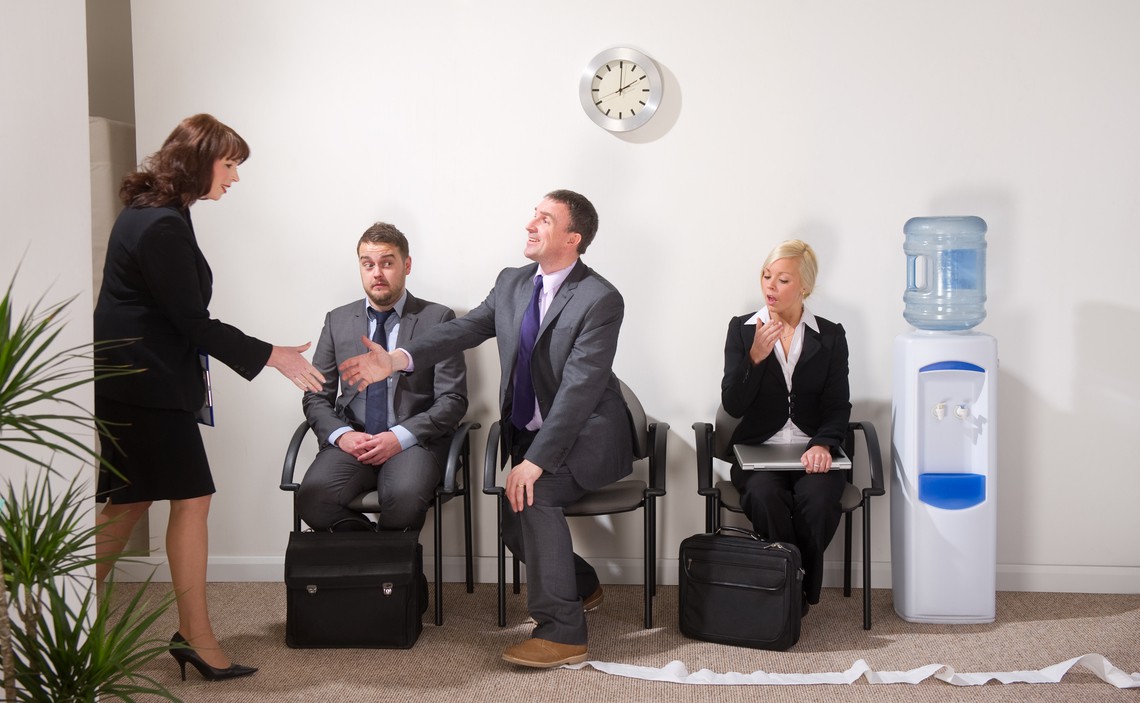 NO MATTER HOW PREPARED YOU ARE FOR AN INTERVIEW, YOU CAN STILL END UP MAKING ONE OF THESE MISTAKES THAT’LL TAKE YOU OUT OF THE RUNNING.

Great news! You've gotten an interview for that job you want, so the next step is to ace it and get closer to getting hired. You've done your homework, researching both the company and the hiring manager you're about to meet. You're prepared with intelligent questions and great examples of past accomplishments that prove you'd be a great fit for this position.

What could go wrong? According to a new CareerBuilder survey, employers site these five instant deal breakers:

Unfortunately, it's easy to make these mistakes without even realizing it — and many of them are more common than you might think. So how can you avoid making a potentially interview-ending blunder?

Be self-aware. If you find you were accidentally rude, then apologize calmly and genuinely. Then leave it behind you and get on with the rest of the interview. If you dwell on it, it will affect your performance.

Make a good first impression. Unfortunately, no matter how hard the interviewer tries, a lot of decisions are made in the first few minutes of contact. According to the CareerBuilder survey, around half of employers (51 percent) know within the first five minutes of an interview if a candidate is a good fit for a position. If you make a strong first impression, the interviewer will be more inclined to overlook "imperfections" in your answers.

Be yourself. As you prepare for your session, are you planning to pretend to be someone you're not? Do you intend to exaggerate your accomplishments or, worse, say whatever you think the interviewer wants to hear? Stop right there. You'll win more points and make more allies if you present yourself as yourself

Not all mistakes employers have seen in interviews are so common. In fact, some are downright wacky. As part of the CareerBuilder survey, employers and hiring managers recalled the following strange-but-true examples:

Tweet at @CareerBuilder: What's the biggest interview mistake you've made, and what did you do to fix it?

Common job application mistakes — and how to avoid them

How to prepare for and conduct a great phone interview