10 celebrities’ ordinary jobs that will make you go ‘whoa’ 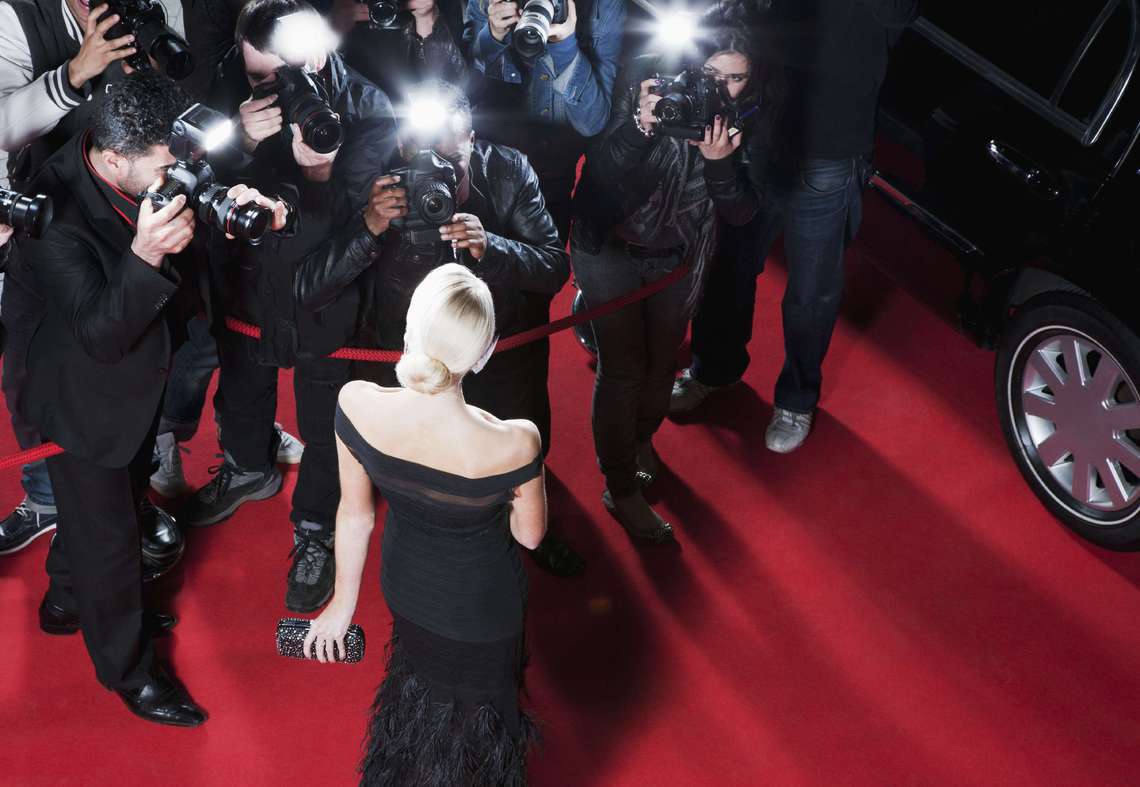 If you’re having a bad day at work or wondering what your next career move should be, get inspired by some of your favorite stars who got their start far away from Hollywood tackling ordinary jobs.

We can't all have chic and fabulous jobs without paying our dues and working our way up the ladder … unless of course you’re North West, who apparently is a fashion accessory designer at age 1.

So in case you’re having a bad day at work or wondering what your next career move should be, get inspired by some of your favorite stars who got their start far away from Hollywood tackling ordinary jobs.

Before soaring to international fame as Rachel Green on “Friends” and becoming the envy of every girl having a bad hair day in the ’90s, Aniston earned a few bucks as a telemarketer while auditioning for various roles. So, did she kill it as a salesgirl? Nah. In a recent interview with “Extra,” Aniston said — perhaps not-so-jokingly — that she doesn’t think she sold even a single timeshare. Let’s all be thankful for that, amirite?

Worked at Red Lobster and in customer service

Long before she burst onto the rap scene and had diva-sized beef with Mariah Carey on “American Idol,” the only (w)rapping Minaj did was seafood as a waitress at Red Lobster. In a recent interview, she admitted to being fired for chasing down and confronting customers who had apparently walked off with her pen — because pens are what most rap feuds are made of. After another short stint in customer service, Minaj decided the ordinary life wasn’t for her.

OK, so maybe this isn’t your average Joe’s gig, but it’s still worth mentioning Tatum’s deeper-than-you-may-have-thought ties to his character in the hit film “Magic Mike” and its soon-to-be sequel. Tatum started stripping at the age of 19 and also admitted to working a few other menial jobs around that time.

You may not thought the reports about McAdams’ love-but-mostly-HATE relationship with Ryan Gosling on the set of “The Notebook” was legit, but you better believe the young star put in her dues before crossing over into Hollywood. While working at McDonald’s for about three years, McAdams has admitted she never really expected to become employee of the month or anything — what, with breaking the OJ machine and all.

Worked at the Gap and as a waiter

He’s got a buzzworthy stint on Broadway coming up following his success in the hit TV show Glee, but if you dig back a bit into his pre-fame days, you’ll find that Morrison worked at the Gap in New York and even waited tables for a while.

Degeneres is a close contender for being one of the funniest human beings alive, but her glamour-less days prior to becoming a huge star weren’t that funny. That’s because she spent her time working a wide assortment of jobs, including at J.C. Penney and T.G.I. Fridays as well as other gigs as a hostess, bartender and even a house painter (whaa?!).

Worked at the YMCA

While it’s unclear exactly what Fey did to earn wages at a YMCA in Chicago, what is clear is that it totally paid off when she got her foot in the door at Second City — an unofficial launching pad for future SNL stars — around the same time.

Long before he became one of the most iconic actors of our generation and crashed an engagement photo session like a boss, Murray literally sold chestnuts outside a grocery store in Chicago. The man really is a chameleon.

You may know Garner as a doting mom and oh, just one of the biggest movie stars in the world. But what you may not know is that before her days kicking butt on shows like “Alias,” Garner juggled an assortment of gigs to help her get by — including teaching ballet to little kids, babysitting and even working as a hostess at a restaurant in New York.

From modeling to starring on a hit TV show to film to starring on another hit TV show, Kutcher has sort of done it all. No, really — he has done it all. Starting at the tender age of 13, he helped his dad with a construction-related job, he worked at a grocery store and, more notably, he used to sweep the floors at a PepsiCo/Quaker Oats factory in Cedar Rapids, Iowa back in the day. It may seem like a far cry from the glamorous life he leads today, but Kutcher says they were all stepping stones to his future success.

Should you factor retirement into your career goals?